Note: When the idea for this guest blogger series first came to me a few months ago, Gena Philibert-Ortega was the first person I thought of.  Not only is she a collector of heirloom cookbooks, but she is also my oldest friend in blogging. Moreover, like Gena, I believe that the cookbooks that line our kitchen libraries can give us amazing insights into the people and cultures that produced them, and those we cherish most say a lot about us as individuals.  I could not be more thrilled to have her kick off this series.  ~ Renée

It’s hard to pick a favorite cookbook. I write about community cookbooks each week for my blog Food. Family.Ephemera., which allows me to regularly read cookbooks from my collection and online. I love community cookbooks because they tell the story of women’s lives in a unique way that isn’t found in any other history source. I often explain in genealogy presentations that these cookbooks are a city directory of women because in their pages we find names, places, anecdotes, and advertisements. They are a unique, though often belittled, addition to the cookbook genre.

So what is my favorite cookbook? I decided against trying to choose a community cookbook since I love so many of them. Instead I chose a somewhat plain cookbook. It might sound odd but it’s one that I have never used for cooking. It’s one I’ve had since I was about 8 years old but it’s not a children’s cookbook. It was a Christmas gift from my paternal great-grandmother who was known to give me unchild like gifts. It’s the unassuming Reader’s Digest Secrets of Better Cooking. 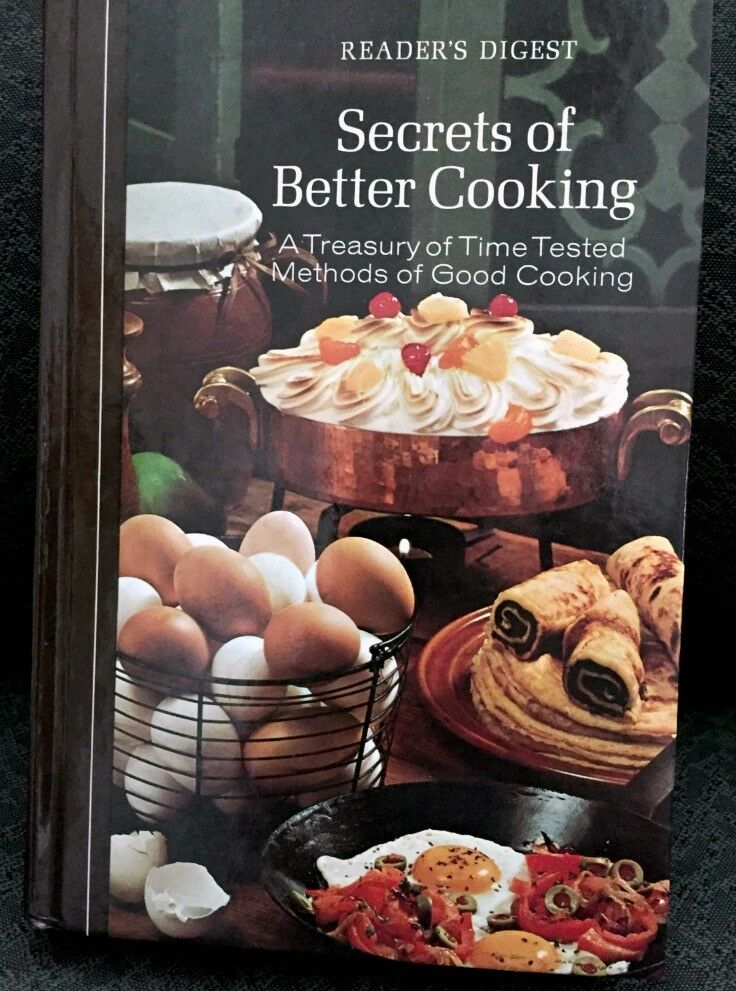 It may seem like an odd gift for a child. And you might be thinking, “aren’t there ‘better’ cookbooks to buy for someone?” After all, the Reader’s Digest name isn’t synonymous with fine dining. My great-grandmother lived in a small California desert community that didn’t include bookstores. I imagine ordering a cookbook via the mail was probably one of her only options. She worked as a cook all of her life, even in her later life when people are supposed to be retired, so it makes sense that she wanted me to have something she considered valuable. She must have realized that her time with me was short, there was a 59 year age gap between us, and that when I most needed this cookbook and her advice she would be gone. So I have held onto this cookbook for years, it’s gone with me through numerous moves and changes in life. And it’s always there.

So why haven’t I used this cookbook to cook? It may seem odd that I have never used the cookbook for its intended purpose. After all, wouldn’t she want me to use the cookbook to cook from? It’s hard to understand but I have many cookbooks I don’t use for cooking. For me, cookbooks are literature. Something to read, peruse, and study. They tell a story, even if that story isn’t always so obvious.

I believe when someone shares a book with you it says a lot. It speaks to what is important to them and what they love. After all no one typically shares a book they hated. In this case this cookbook represents my great-grandmother who was a big part of my life for 19 years. Every time I look at it reminds me of her. It reminds me of Thanksgivings with mincemeat pie, fudge at Christmas from a “secret recipe” commonly found on the back of the marshmallow fluff bottle, and homemade biscuits cut out by using an upside down drinking glass. Those memories of events that are now gone but not forgotten. Memories that I wish I had video recorded for her descendants to see. The power of that cookbook is memory.

A 1970s Reader’s Digest Cookbook is my favorite and no matter how large my cookbook collection becomes, it will always be my favorite. 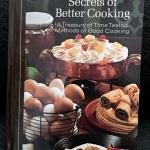 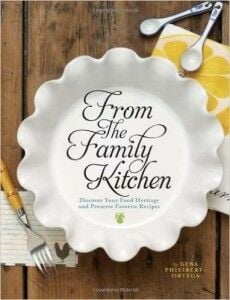 About Gena:  Gena Philibert-Ortega holds a Master’s degree in Interdisciplinary Studies (Psychology and Women’s Studies) and a Master’s degree in Religion. She is the author of three books, including her latest: From The Family Kitchen (F + W Media, 2012). Gena was a researcher for the first season of the PBS show Genealogy Roadshow (2013). She blogs about food history and community cookbooks at Food.Family.Ephemera.