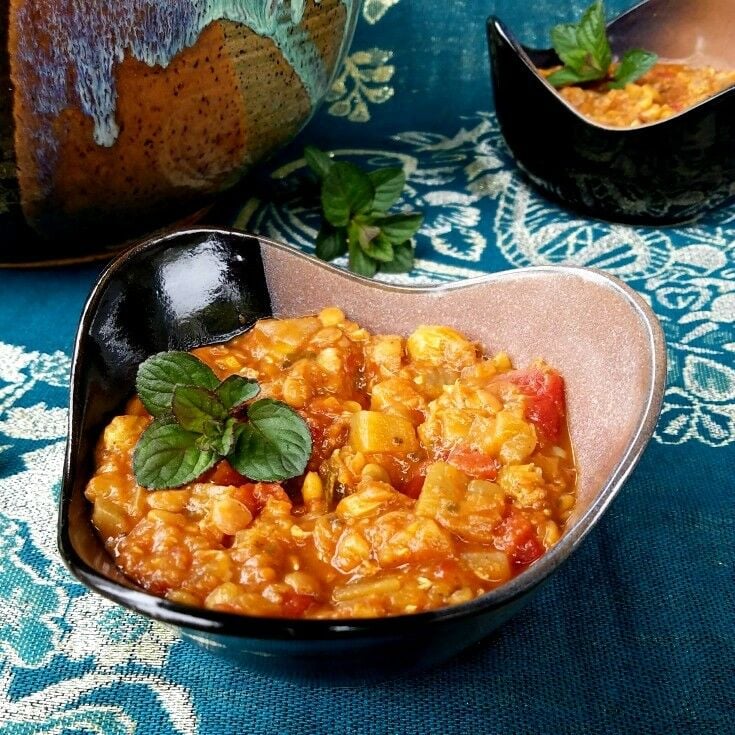 Ten years ago, my daughter married a young Armenian named Vahe. When I first met Vahe, I could barely locate Armenia on a map; moreover, I knew virtually nothing about its rich culture and even less about the tumultuous history of its proud and faithful people. All I knew was this earnest, poetic young man loved my daughter, which is all I really needed to know back then. 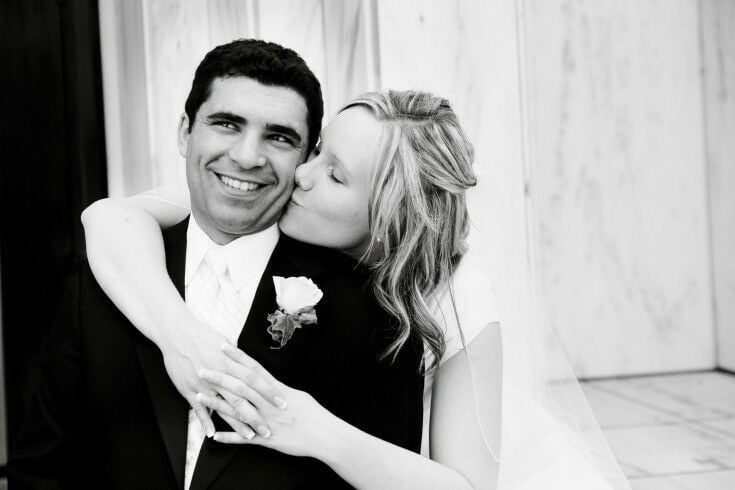 And I knew he could cook, because whenever he visited us, that is what he did – COOK! Using nearly every pan in my kitchen, he would make us a bountiful feast of Armenian-inspired fare. Everything from delicious garlicky green beans with eggs to delectable eggplant rolls stuffed with carrots and raisins to amazing fire-roasted shish kabobs. (Like many Armenians, Vahe is a master of fire and skewer.) 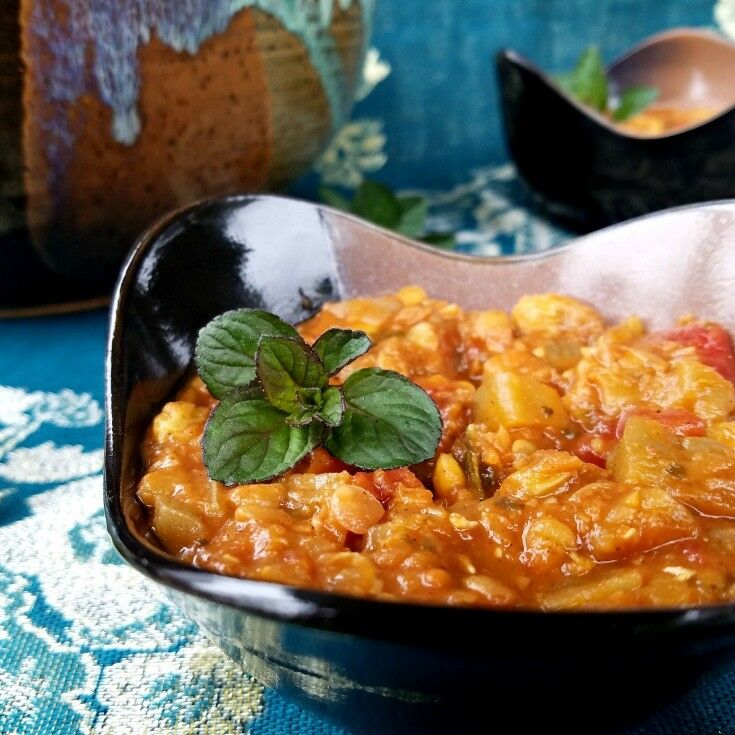 Over the last decade, I’ve learn a lot. I’ve developed a great appreciation and genuine respect for my son-in-law and the hard-fought struggle he has endured to become an American citizen. I’ve gained four amazing Armenian-American grandchildren and a wonderful extended family. I’ve read a number of books and countless articles on Armenian history (of which I was taught virtually nothing about in school) and learned a great deal about traditional Armenian cooking as well.

Did you know that Armenia is one of the oldest countries in the world?  With a recorded history of about 3500 years, the small, landlocked country has a cuisine as old as the nation itself, where it occupies a unique place in Asiatic cuisine. Relying on a rich medley of diverse tastes and fragrances, Armenian cooking often employs savory flavors like lemon, garlic, onion, paprika, and sumac, and warm spices like cinnamon, vanilla, and cloves. 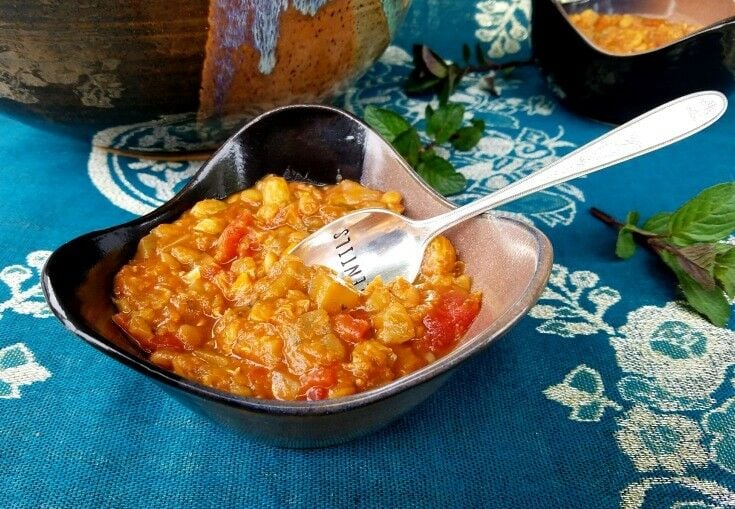 I’ve known for some time that I wanted to celebrate this milestone in our family’s history here on GHW with a traditional Armenian recipe, so when I saw “Armenian Lentil Stew” on a restaurant menu awhile back, I knew that I had to give it a go. In the end, I don’t know how “traditional” this recipe is; in fact, my culinary instincts are telling me that, even with my exhaustive research, it may be a bit Americanize. All I know is, it’s delicious.

When it comes to ethnic recipes, I’m usually a stickler for authenticity, but under the circumstances, I think it’s perfect. My son-in-law – who coaches his daughters’ soccer team and reads Kant (in Russian) to his three-year old son, who would move heaven and earth for my daughter, and who stood almost five years ago in a courthouse and pledged his allegiance to the United States of America… well, he’s a little Americanize now, too.

Happy Anniversary, kids. May you have many more to come. 💚 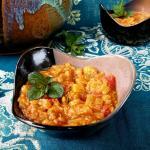 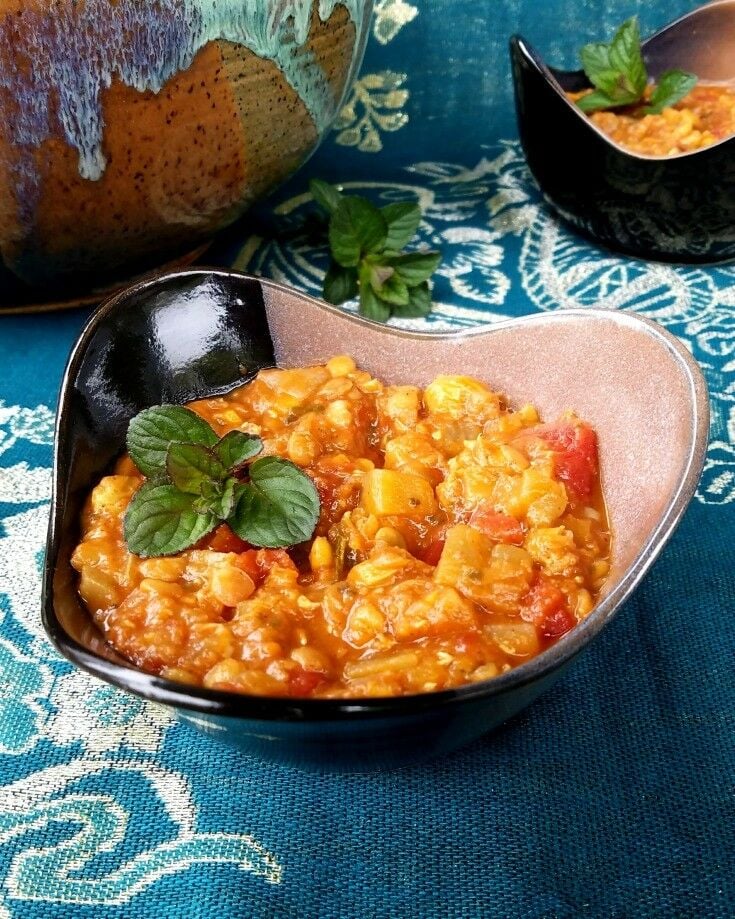 Do you love beautiful pottery? The stunning bowl in the back left of many of these stew images is from Muddy Pants Pottery. Check them out! 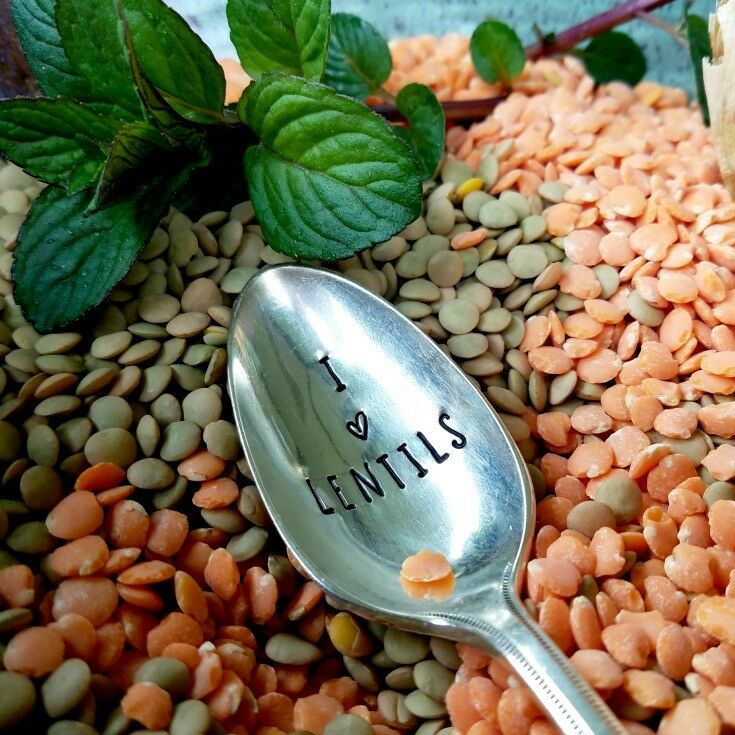 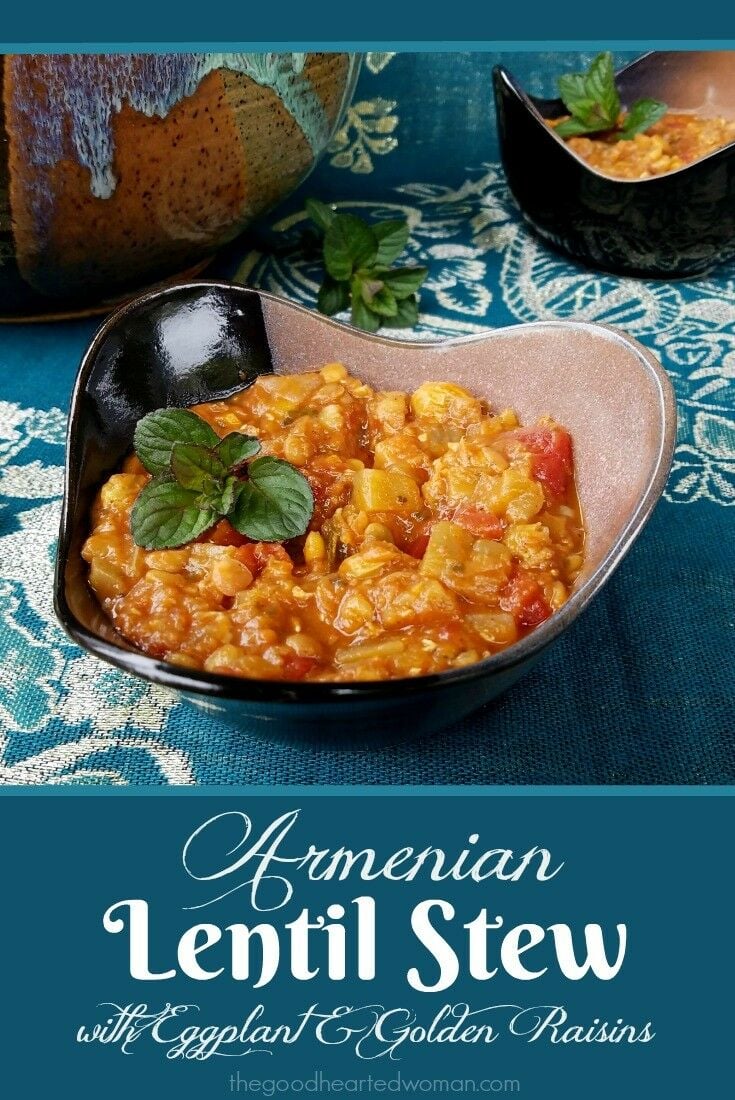 These Heirloom Tomato & Grilled Eggplant Stacks are fresh, local, seasonal, and delicious to the last bite.

Aaah, Summertime! Gardens are bursting, Farmers’ Markets are in full swing, and – Glory Be! – tomatoes taste like… tomatoes again. Don’t you just love it!?! This time of year, I aim to create dishes that highlight the bright, fleeting flavors of summer, and these Heirloom Tomato & Grilled Eggplant Stacks are just the ticket. Uncomplicated in every way, they are deeply satisfying, and delicious to the last bite. 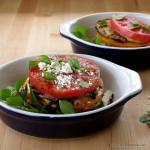 Stacks can be prepared as much as a day ahead of time. Do the final prep (olive oil, feta and basil) right before serving.
Tried this recipe?Mention @TheGoodHeartedWoman or tag #thegoodheartedwoman! 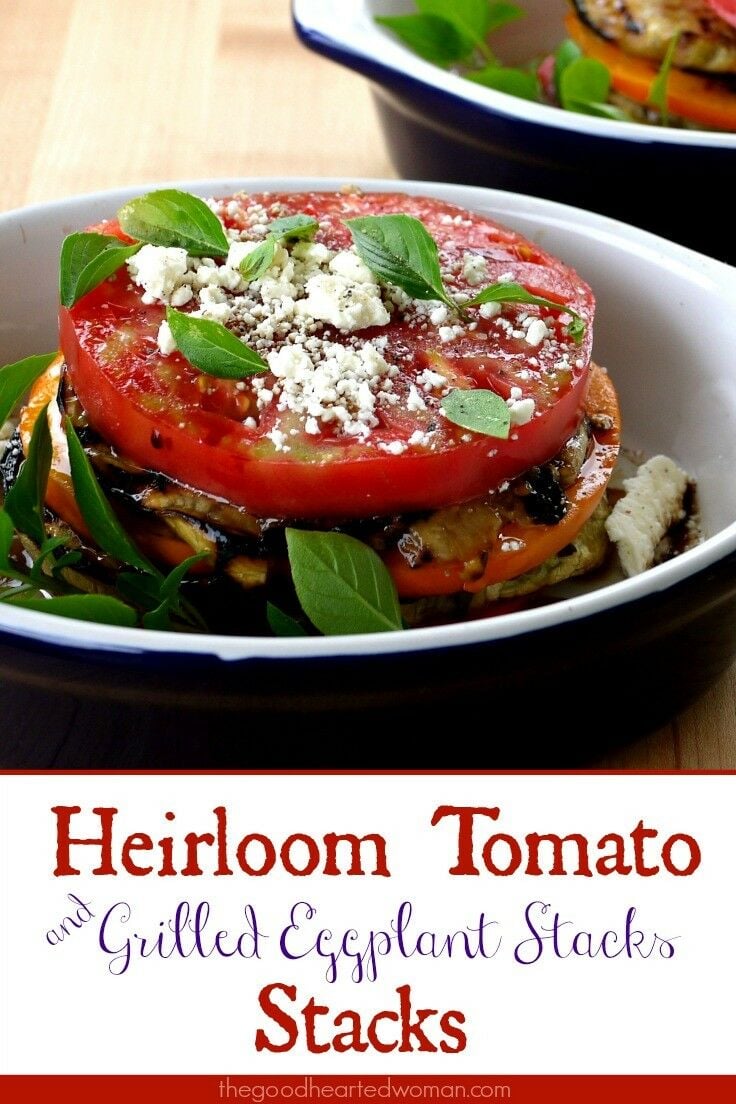 I was in my 30’s before I discovered my love of eggplant, and this is a (much lighter) adaptation of the recipe that converted me – Madhur Jaffney’s Lake Palace’s Aubergine. Delicious hot or cold, fresh or a week old, this has become one of my all-time favorite dishes. 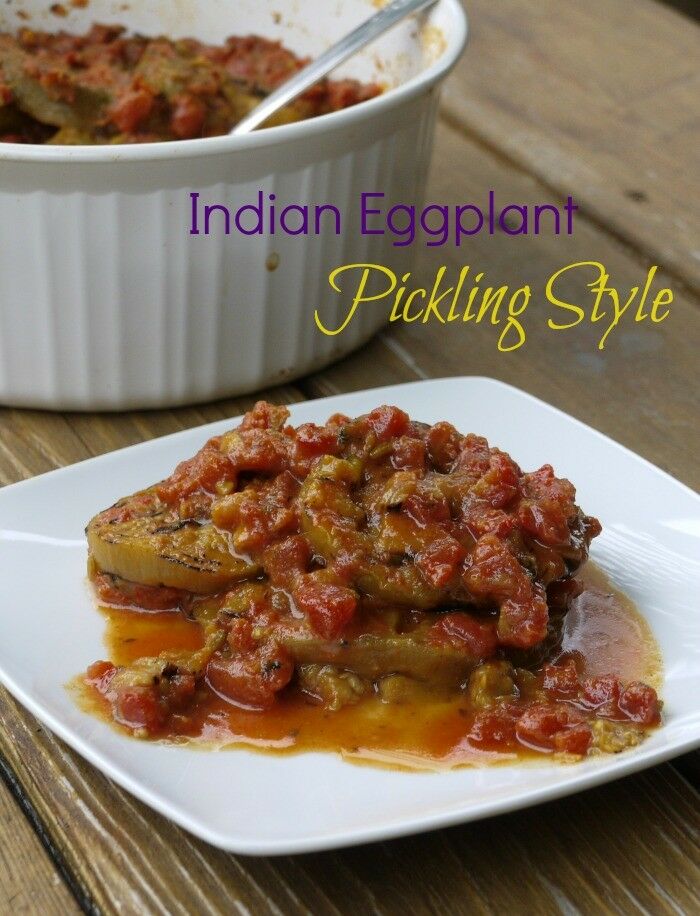 More than a few of my friends turn up their nose at the mere mention of eggplant, like a 3-year old (or my sister) with a plate of mushrooms. But if I make this stuff and don’t tell them what it is, they will rave about it all day and ask me for the recipe to boot. The magic for this dish is all in the sauce – a blend of ginger, garlic and other spices that will make your kitchen smell like what Amazing would smell like if it had a scent. I honestly think it would even make cooked peas taste good (not that I’m going to try.)  I’m tempted to marinate some tofu in it to see how that turns out. 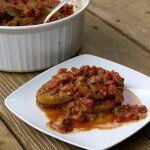 This dish is can be served immediately, but I usually put it in the fridge and serve it cold.  Just wonderful with a lovely dal, raita and some naan. (Also delicious for breakfast with a poached egg.) 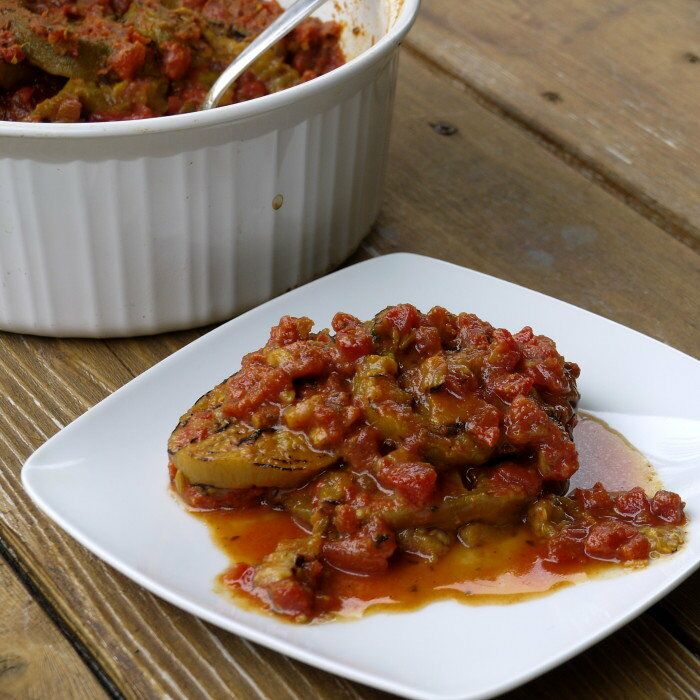 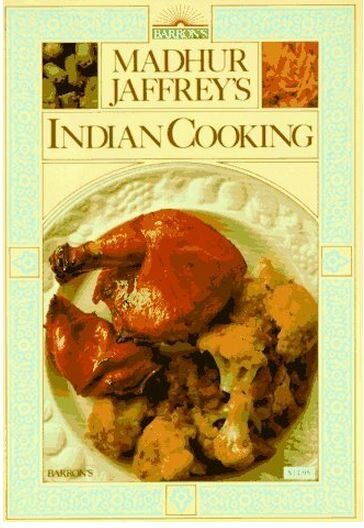 I adapted this recipe from one I found in one of my favorite cookbooks, Madhur Jaffrey’s Indian Cooking.  The most substantial changes I made were to streamline the cooking process and lower the fat content – the original calls for a whopping 1 1/2 cups of vegetable oil!