Cincinnati Chili is basically a sweet, mild chili con carne traditionally served over spaghetti noodles – a combination that is both surprisingly and delicious. My lightened-up version, served over spaghetti squash, is (loosely) based on the recipe for the most famous variation – Skyline Chili. 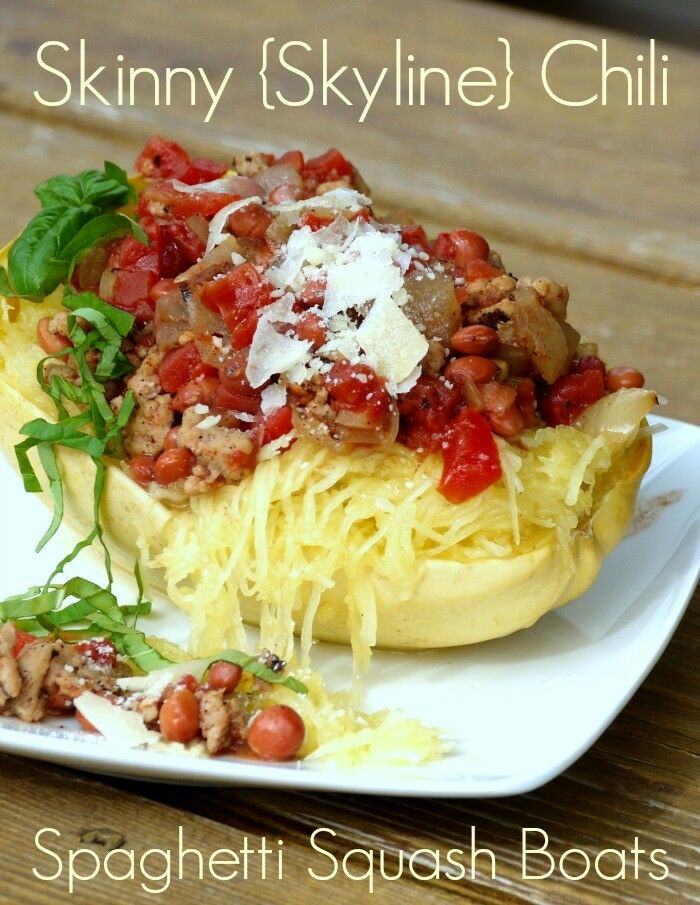 The closest I’ve ever gotten to Cincinnati is watching WKRP as a kid, but it was love at first bite as far as their chili is concerned.

Cincinnati Chili (in my admittedly limited experience) is basically a mild chili con carne made with seasonings from the sweet side of the spice shelf: cinnamon, cloves, allspice and (sometimes) chocolate. It usually a little “saucier” than most chili, and traditionally served over spaghetti noodles. There are many well-known variations, most often associated with Cincinnati restaurants, including Empress Chili, Gold Star Chili, Dixie Chili, and the one I am most familiar with – Skyline Chili.

Usually made with ground beef, I’ve lightened my version up with ground chicken. I love to serve it over spaghetti squash, which lends an additional sweetness to the dish and offers a lovely presentation as well. 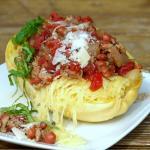 To Serve in Spaghetti Squash Boats: 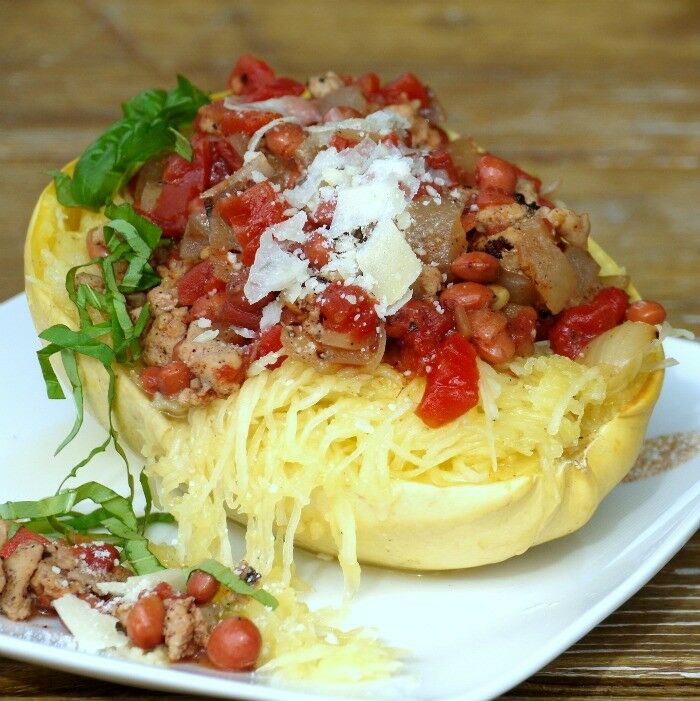