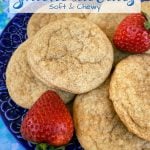 Snickerdoodles! Just saying the name brings a smile! Rolled in cinnamon and sugar and baked to perfection, this easy-to-make cookie is a year-round classic.

When I think of snickerdoodles, I always think of my dad, snapping up a cookie still warm off the rack as he passed through the kitchen on his way outside.

Snickerdoodles, I have found, are cookies that brings up memories; and memories are one of the best things I can make for my family. 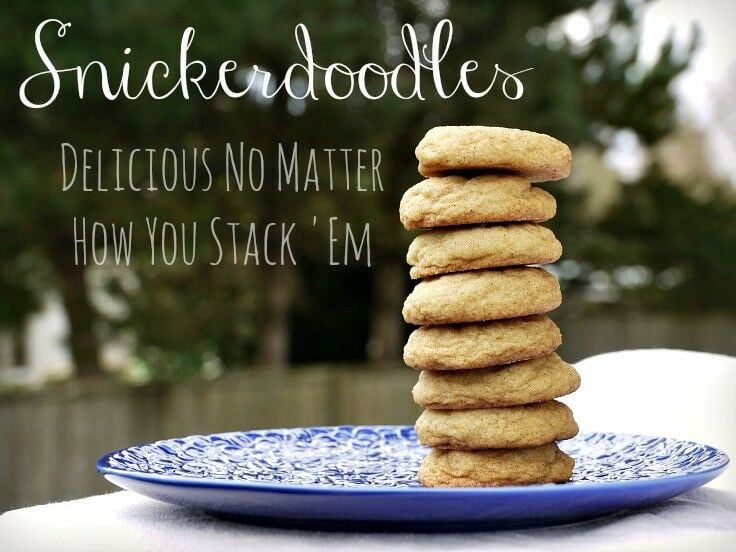 Where did the name for Snickerdoodles come from?

According to The Joy of Cooking, "snickerdoodle" is most likely a corruption of the German word Schneckennudel (which literally translates to "snail noodle"), a German word for cinnamon roll. (Finally getting to put that three years of high school German to good use!)

I'm not sure I'm convinced of the German connection though. While Snickerdoodles do have the same basic ingredient list as a cinnamon roll, there are some glaring differences; namely, one is a formed pastry, and the other is a cookie. This corruption seems vague at best, and Germans tend to be international champs when it comes to simultaneously infusing specificity and nuance into a single noun. (The German language includes some of the best compound nouns on the planet!)

There are a handful of additional etymological theories about where the name snickerdoodle came from, most with ties to Scotland and England, but none are particularly compelling. Instead, I prefer the theory that speaks to me best: that snickerdoodle is just bit of whimsy, conjured by some witty bygone baker in a cinnamon-filled, sunlit kitchen.

I am a big supporter of Whimsy. We need more of it in this life: all the more reason to make a batch of Snickerdoodles asap! 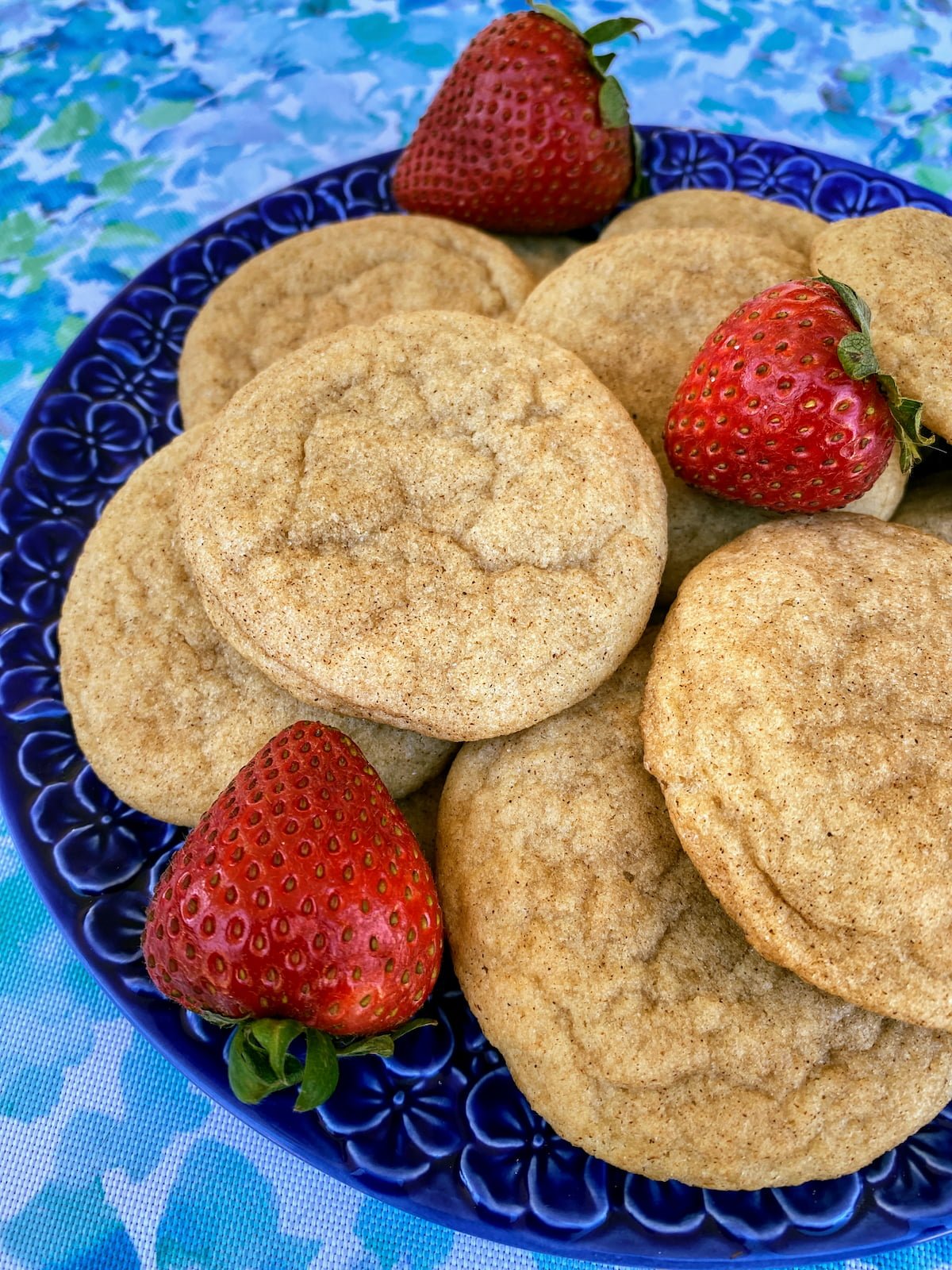 You can only tinker with a basic recipe so much. Compare ten snickerdoodles recipes and you'll see that the list of ingredients varies little from one to the other. However, one of the things that makes this recipe unique is Brown Sugar.

Traditionally, Snickerdoodles are made with all white sugar. However, as my girls all know, if there is any rhyme or reason to add brown sugar to a recipe, I probably already do it. I put at least a teaspoon or three in everything from spaghetti sauce to pumpkin curry.

Snickerdoodles are no exception. I like the subtle, caramelly flavor brown sugar adds to snickerdoodles, and I personally think it improves the texture of the cookies over an all-white sugar recipe as well.

Here are a few more notes about the ingredients in our Snickerdoodle cookie recipe: 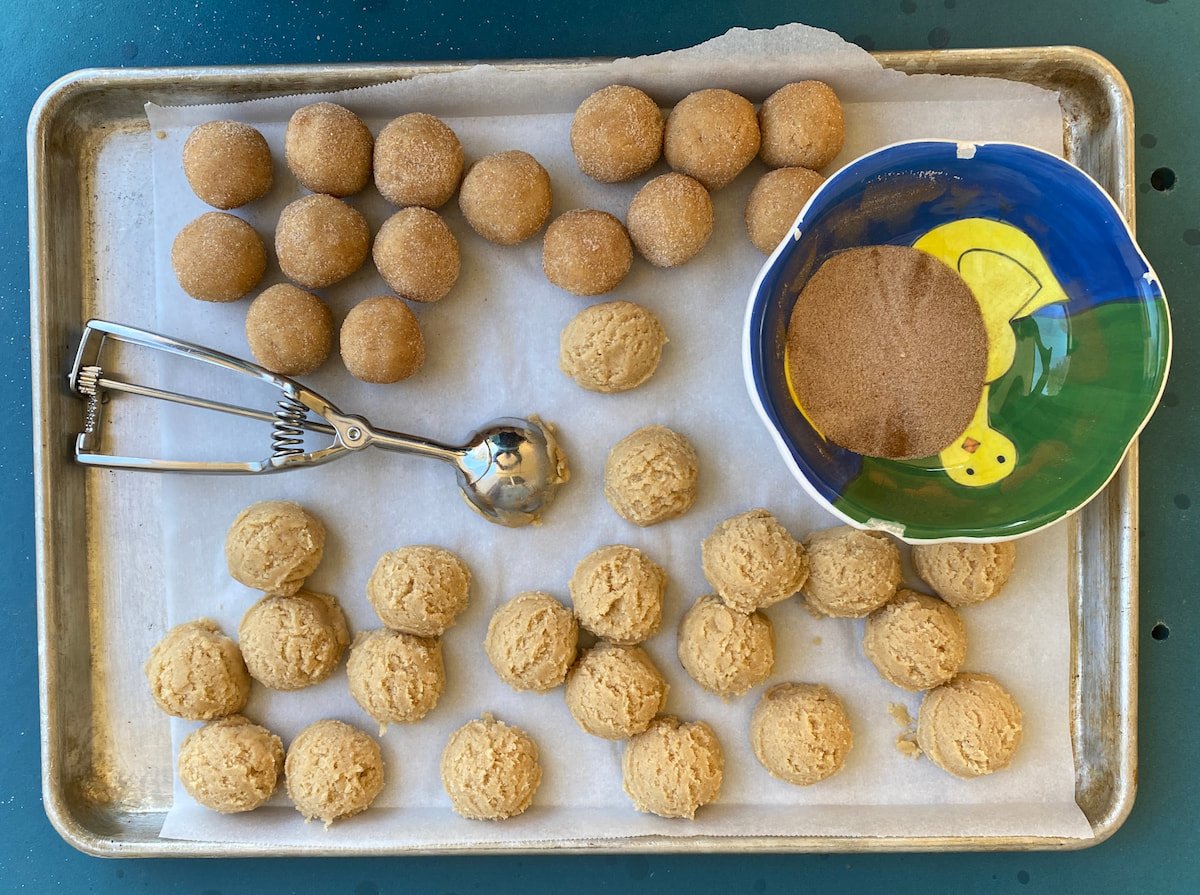 Should Snickerdoodle dough be chilled before baking?

You can bake these Snickerdoodles immediately after you mix them up, or put the dough in the fridge and chill it for a few hours. (Of course, then you may discover that you have significantly less dough when you pull the bowl out of the fridge than you had when you put it in. That happens a lot at our house.)

Baking the dough immediately yields a slightly wider, flatter cookie, and the texture is a bit more dense. It does not, however, affect the flavor at all. 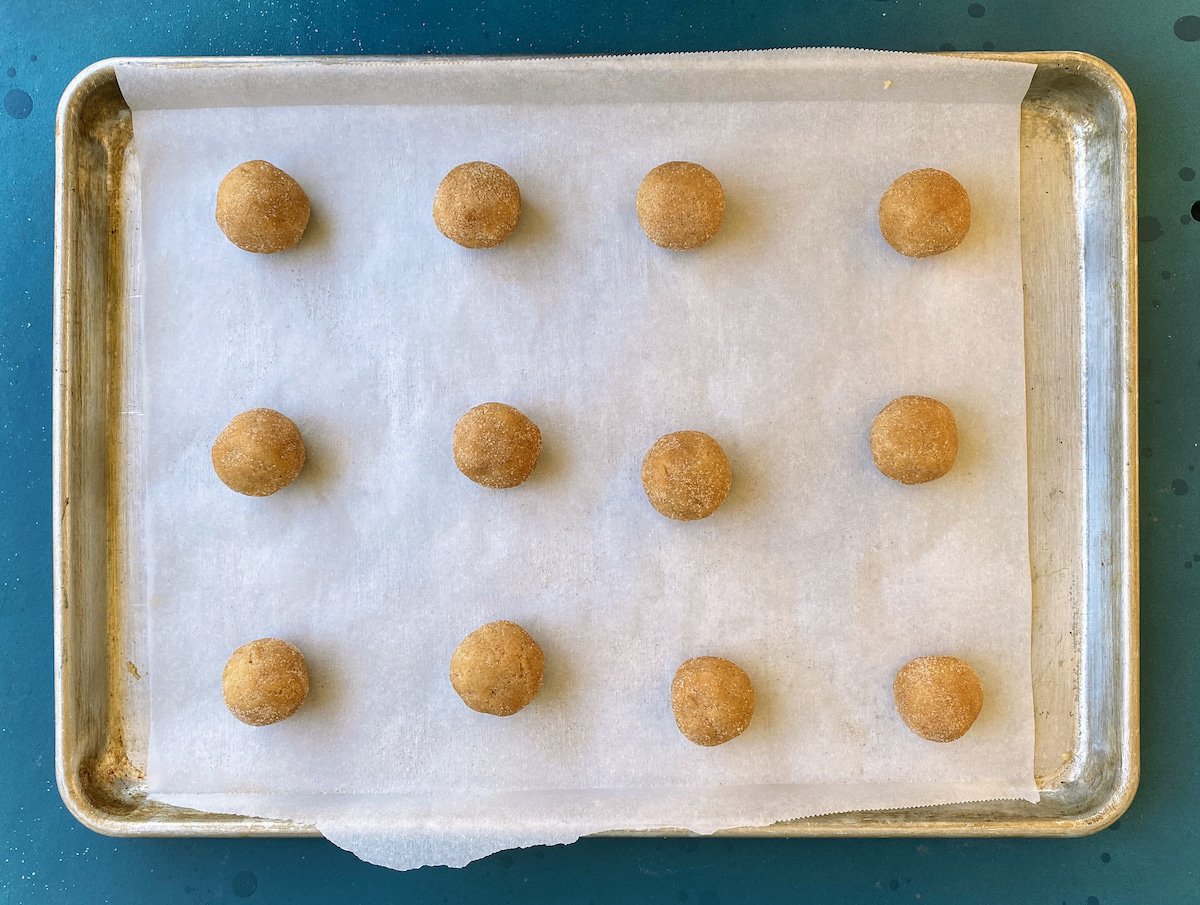 When Baking Snickerdoodles, Timing is Everything

Oven temperatures vary, so keep an eye on your first batch when it goes in. When it comes to baking snickerdoodles, a minute or two one way or the other can make the difference between raw dough and soft, chewy perfection.

Snickerdoodle cookies typically rise up to a smooth flat dome shape, and then fall and wrinkle slightly after being removed from the oven.

Do you prefer your Snickerdoodle cookies soft and chewy, or crisp and crunchy? Either way, it's all in the bake. 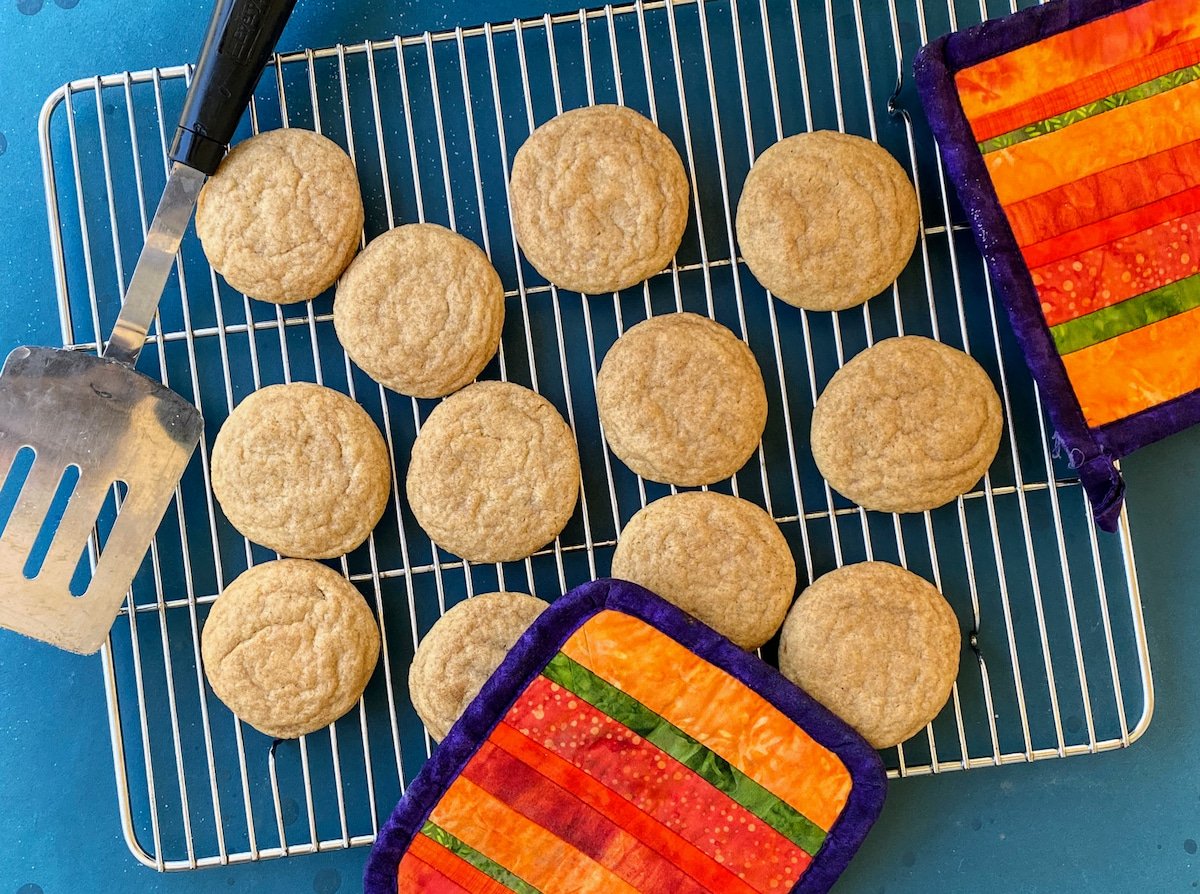 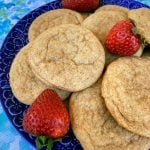 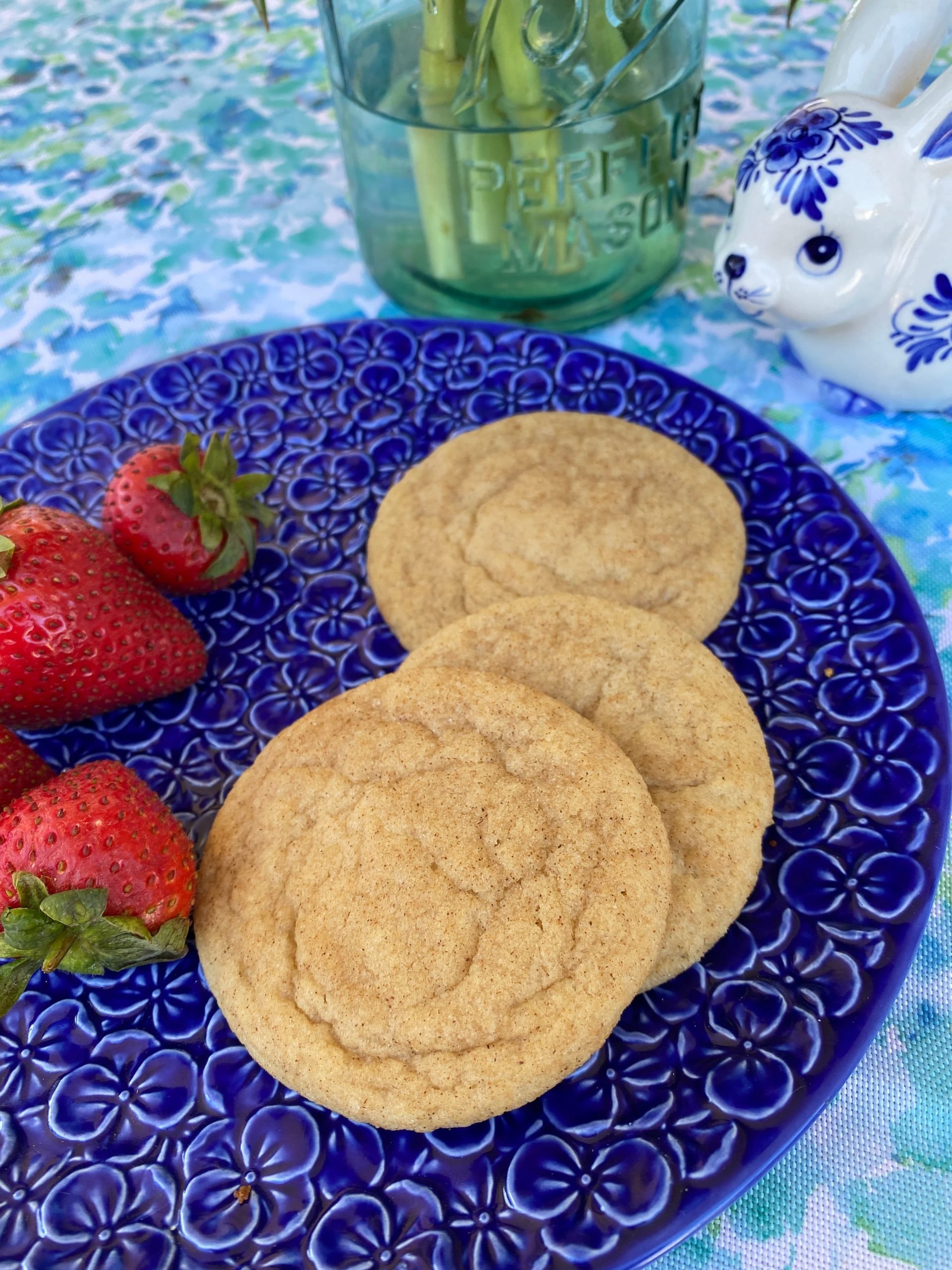 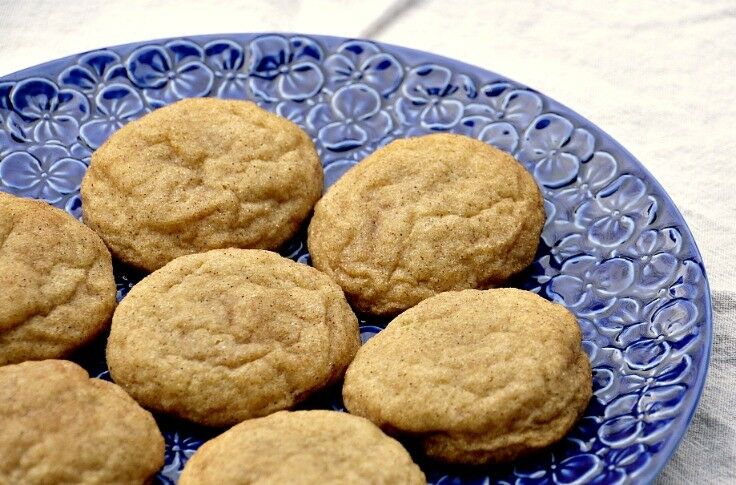 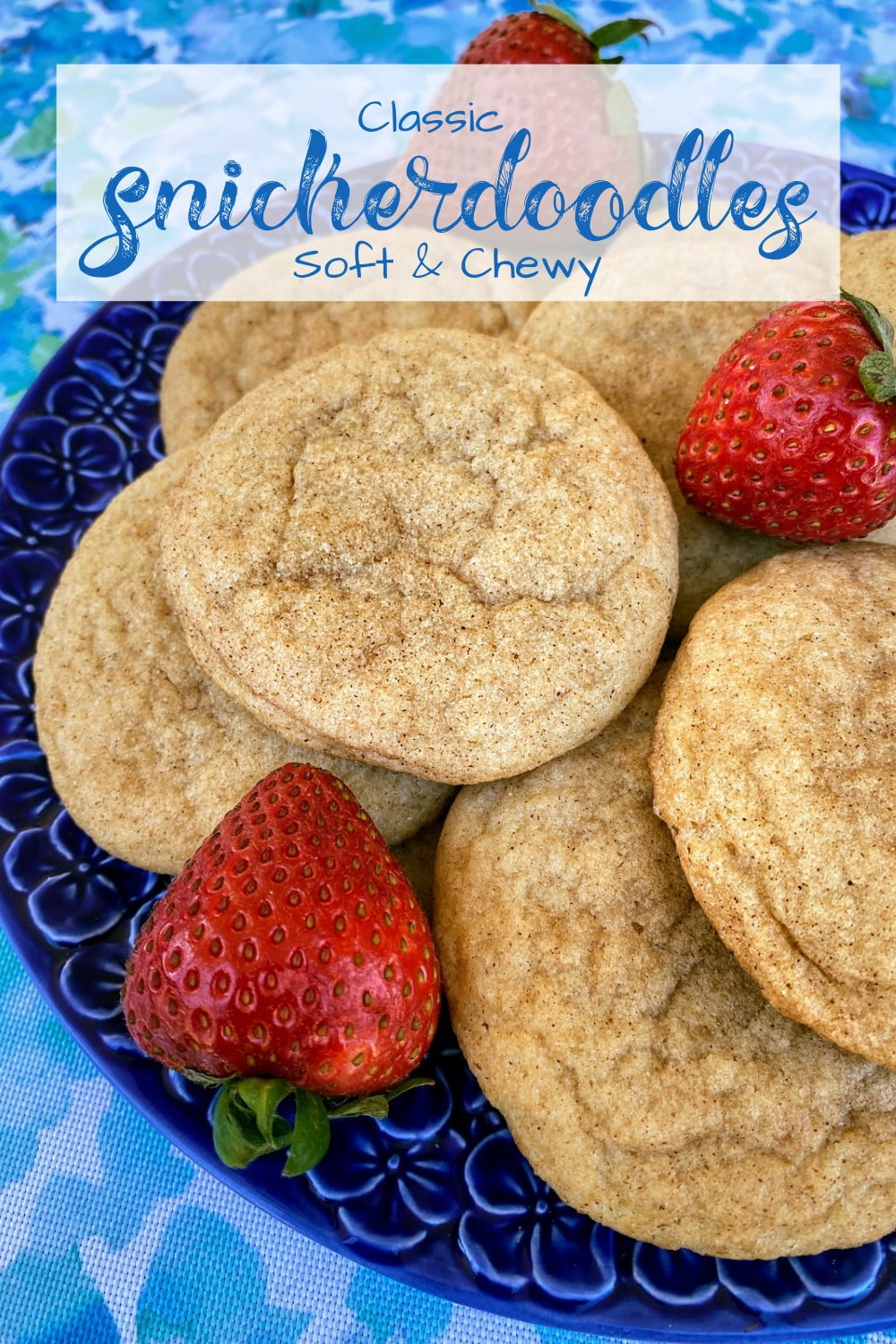