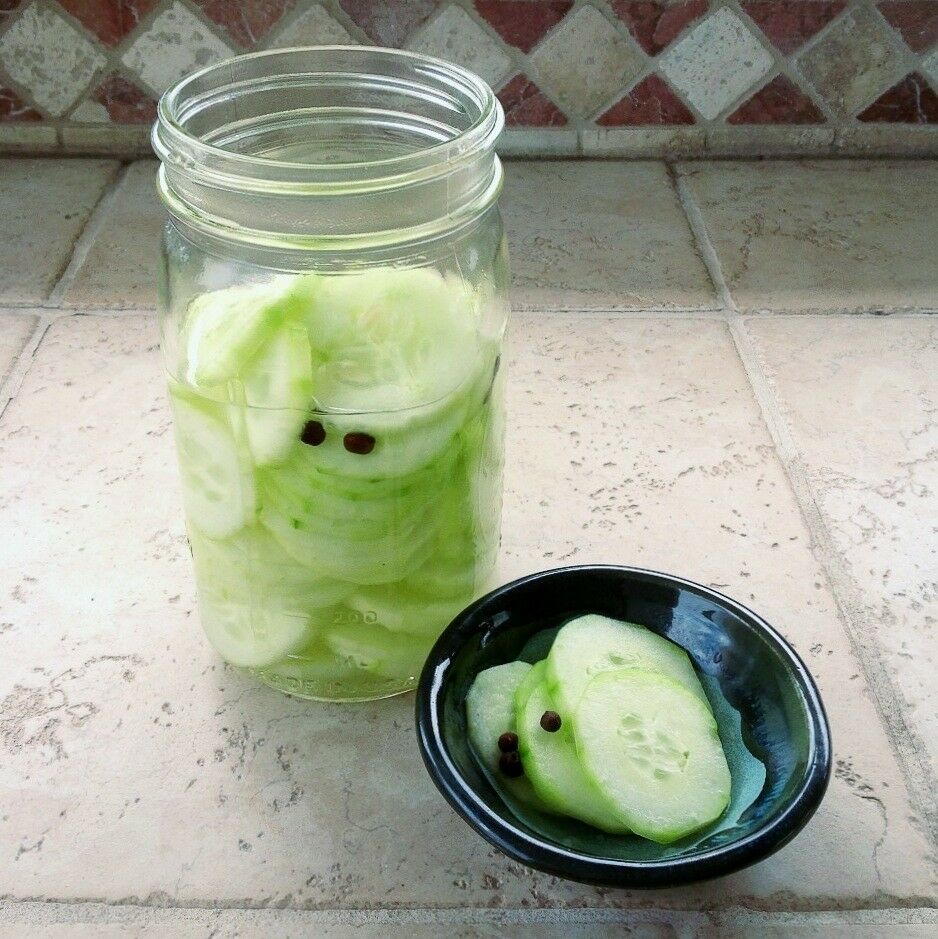 Swedish Cucumbers – crisp, tangy-sweet and ready to eat in less than a day!

Some things just shout summer to me:  when I was a little girl, come pickling season, I could always count on finding a jar of Swedish Cucumbers in my Auntie’s refrigerator – crisp, tangy-sweet and ready-to-eat months before the first lid came off the first jar of dills. When I grew up and my culinary opportunities expanded, I soon learned that the Swedes did not have a corner on the marinated cucumber market – Swedish Cucumbers  taste suspiciously like the cucumber salad that is often served with Thai food.  (Although the Thai version is usually somewhat sweeter.)  Nevertheless, while I don’t know about any historical ties between Scandinavia and Siam, I do know that whatever you call these lovely cukes, they are a wonderful addition to any meal.

For the record, my Auntie (who turned 91 this month!) still enjoys a jar now and then. 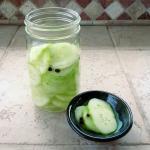