Highlights and reflections on our visit to the USS Arizona Memorial  at the World War II Valor in the Pacific National Monument at Pearl Harbor.

The average age of a serviceman stationed at Pearl Harbor during World War II was nineteen. Do you remember what nineteen looks like?

My dad enlisted in the Navy in 1943, twenty months into The War, on the day he turned seventeen. After completing basic training, he was assigned as a Torpedoman's Mate on the USS Searaven, a submarine stationed out of Pearl Harbor.

The image above, taken on the beach at Waikiki in 1944, puts it all into perspective for me. Those faces were with me every minute we spent at Pearl Harbor, and colored every moment of my visit there, because while Dad and his buddies all lived through the war, so many faces as fresh and alive as theirs did not.

They were so very young.

The World War II Valor in the Pacific National Monument consists of nine historic locations in three of the westernmost United States: California, Alaska, and Hawaii. Of these, five are located within Pearl Harbor itself: the USS Arizona Memorial, the USS Oklahoma Memorial, the USS Utah Memorial, and parts of Ford Island and Battleship Row.

Before taking our scheduled tour of the USS Arizona Memorial, Mr. B and I took some time to walk around the monument, which includes a number of interconnected sites. 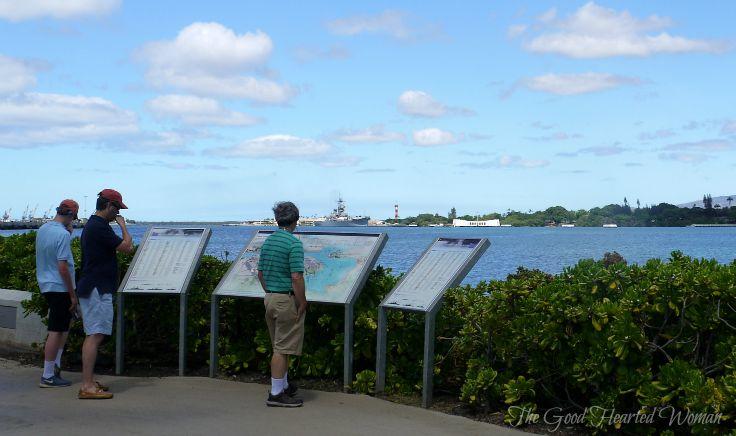 The Remembrance Circle lists every sailor, marine, soldier and citizen known to have died on Oahu on December 7, 1941, besides those listed on the USS Arizona Memorial itself. As I read through the list of civilians who died, I found myself thinking of all the living that was lost: the girls James never got to kiss...the sunlight that never fell again on Alice's face... the young mother who never got to hear little Eunice tell her she was the best mommy in the world. It broke my heart. 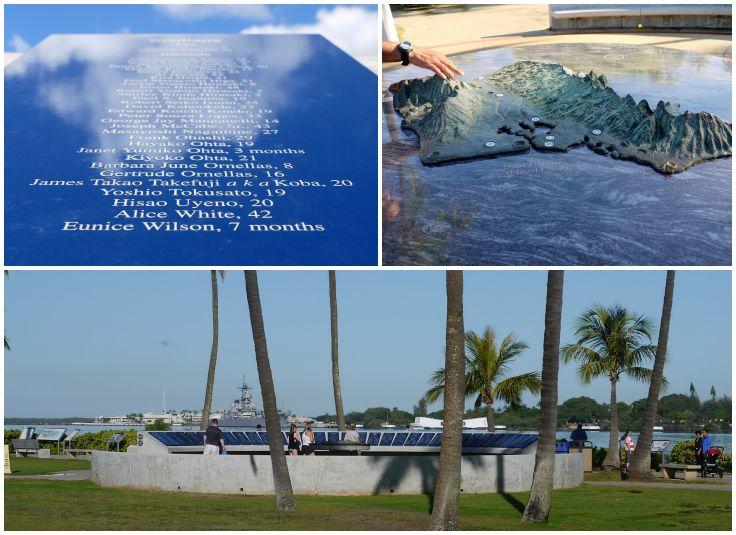 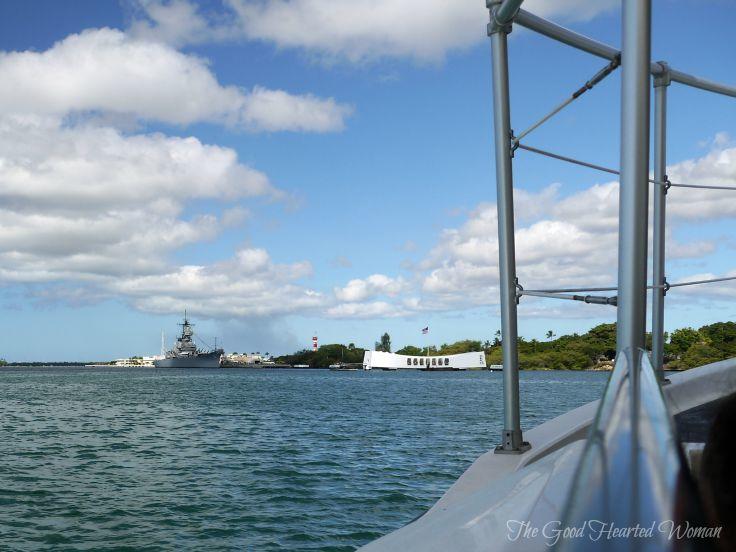 The USS Arizona Memorial is built over the remains of the sunken battleship USS Arizona, the final resting place for many of the 1,177 crewmen killed on December 7, 1941, when their ship was bombed by the Japanese Naval Forces. This loss of life represents over half of the Americans killed during the worst naval disaster in American History. 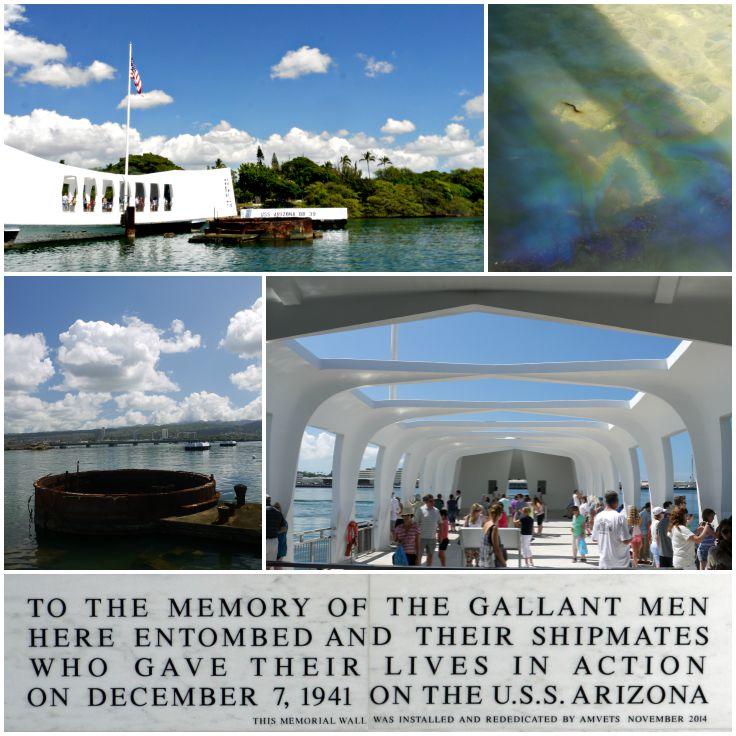 Some 500,000 gallons of oil continue to slowly seep out of the ship’s submerged wreckage, nearly 75 years after the attack. 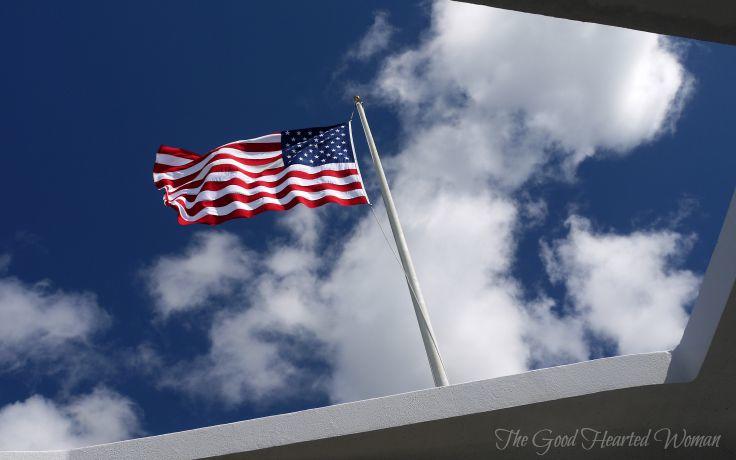 Like many who tour the USS Arizona Memorial, our experience was reflective and somber. Mr. B is a six-year Navy veteran, which brought it all even closer to home for both of us.

Lest I continue
My complacent way,
Help me to remember that somewhere,
Somehow out there
A man died for me today.
As long as there be war,
I then must
Ask and answer
Am I worth dying for? 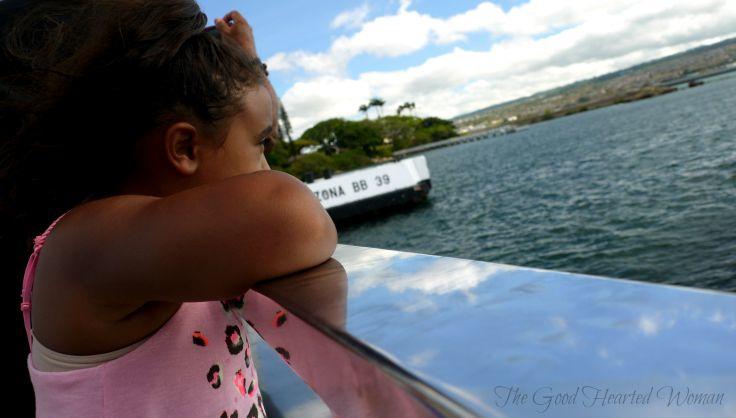 Just 355 USS Arizona Memorial crewmen survived the attack. During our tour, we were touched to learn that since 1982, the U.S. Navy has allowed those survivors to be interred in the ship’s wreckage upon their deaths. Following a full military funeral at the Arizona memorial, the cremated remains are placed in an urn and then deposited by divers beneath one of the Arizona’s gun turrets. 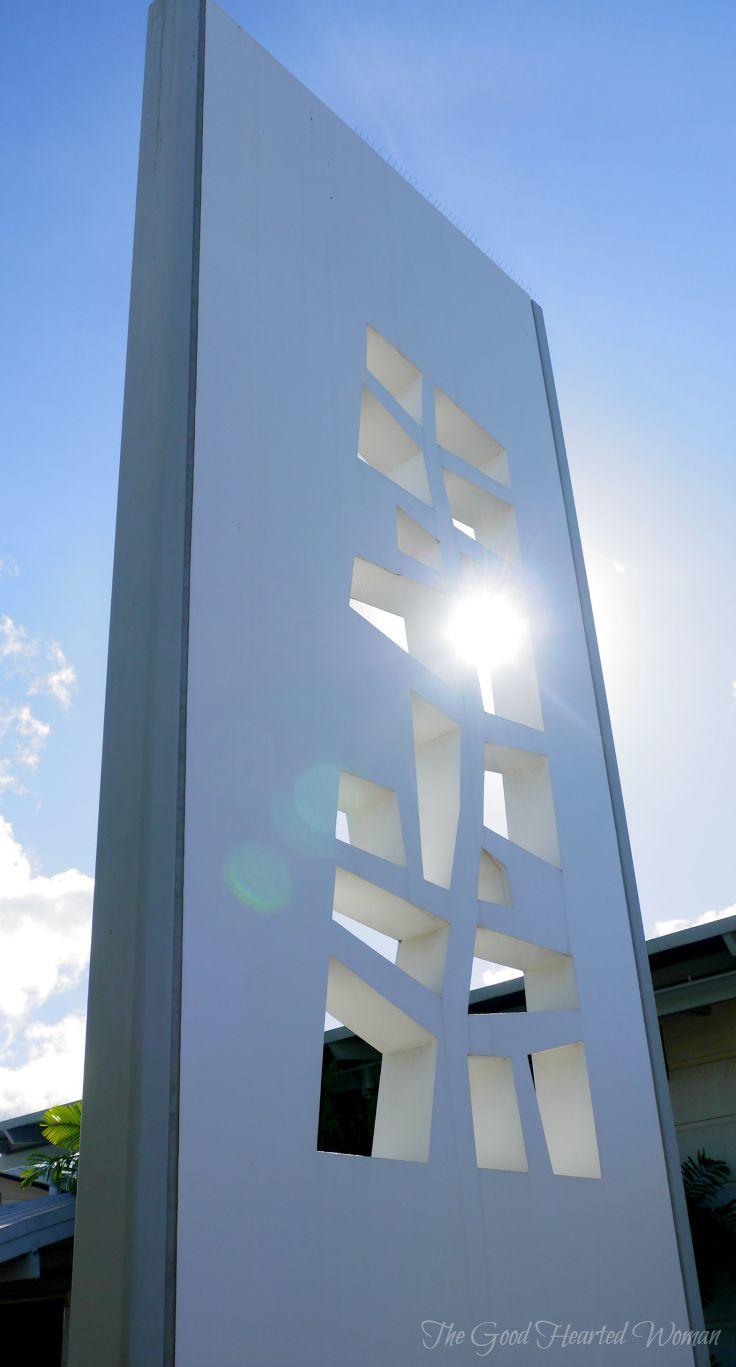 The Tree of Life, a sculpture designed by architect Alfred Preis, symbolizes rebirth and renewal, and serves as a reminder that we are all interconnected. This piece stands in front of the Road to War Museum and the Attack Museum, near the entrance to the USS Arizona Memorial tour. The same symbol is found on the side panels of the Shrine Room in the USS Arizona Memorial.

If you are planning a trip to Oahu, Pearl Harbor should be on your itinerary. We strongly recommend getting your tickets for the USS Arizona Tour well ahead of time. For more information, including USS Arizona Memorial ticket information, please visit The World War II Valor in the Pacific National Monument on TripAdvisor.