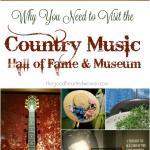 A visit to The Country Music Hall of Fame & Museum may change how you think about American music – in all its forms – forever. 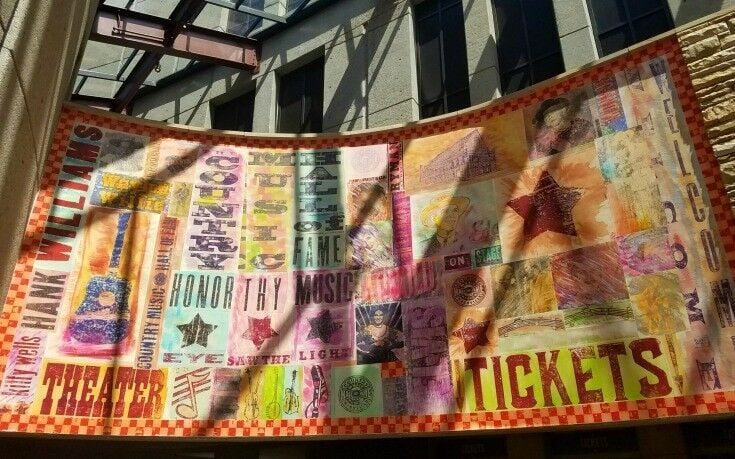 I'll be honest: initially, Mr B was way more excited about visiting The Country Music Hall of Fame Museum in Nashville than I was. It makes sense; his country musical roots run deep, even back to the old-timey music of a bygone era; while mine lean more toward folk, rock, and blues.

What I didn't understand before our Tennessee trip was how profoundly his music has influenced my music (and vice versa) over time.

Chartered in 1964, the museum portion of The Country Music Hall of Fame & Museum has compiled one of the world's most extensive musical collections, including images and photographs, oral histories, digital archives, and a priceless collection of musical instruments.

The heart of the museum is Sing Me Back Home: A Journey Through Country Music, a permanent exhibition that immerses visitors in the story of country music, as revealed through artifacts, photographs, vintage video and recordings, and interactive touchscreens. 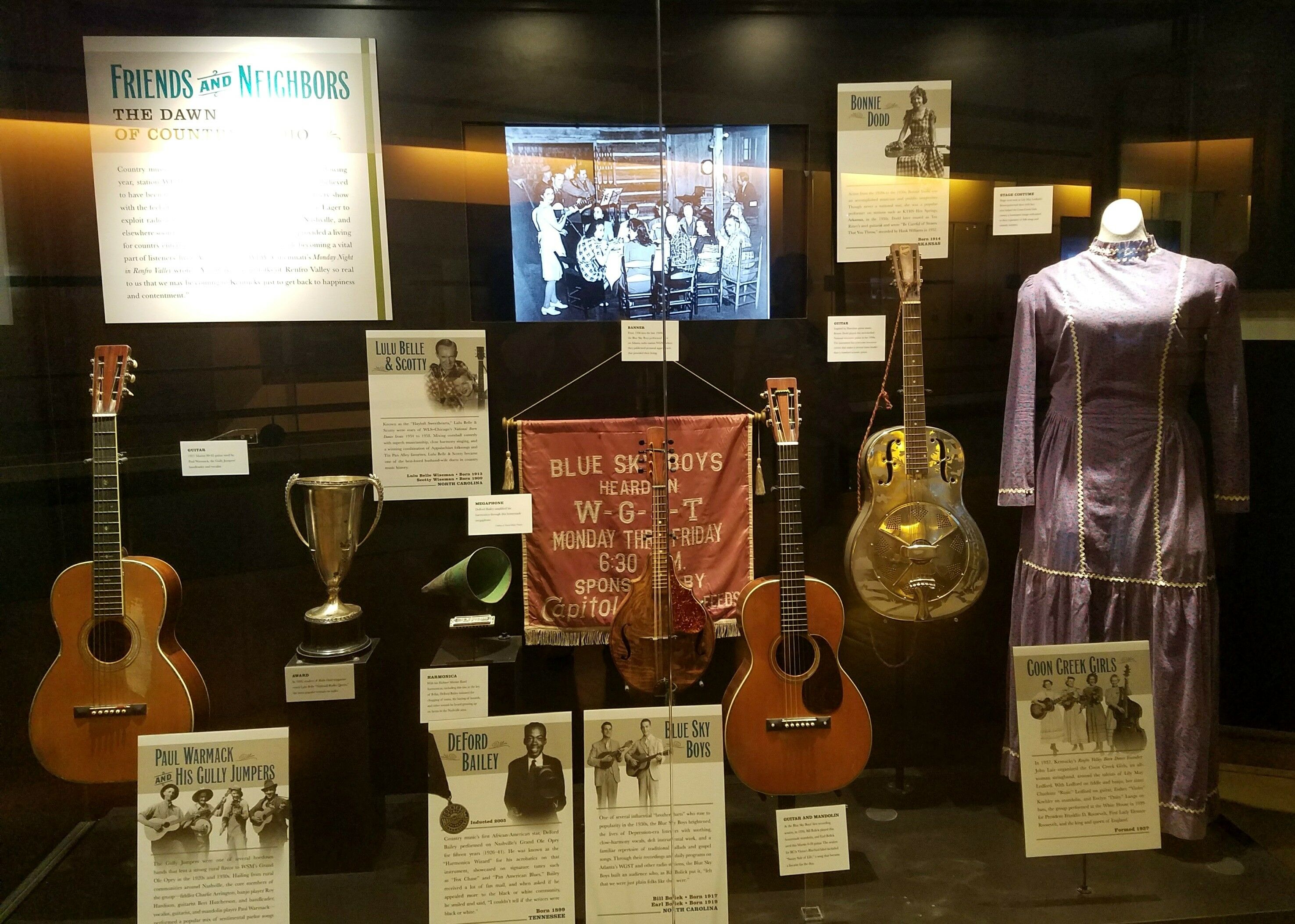 The first thing that hit me as we wandered through the Sing Me Back Home exhibit was how closely our music history is tied to our cultural history in this country. Mr B and I were both particularly moved by some of the instruments on display from the early pioneers of country music. It is awe-inspiring to consider the hands that played these instruments, and their contributions to music, and how those contributions continue to influence the music we listen to today.

All those iconic instruments got me thinking... Over the years, how many people listened to Sara Carter play her autoharp as part of America's first commercial rural country music group? How many skirts swirled across a wooden floor to the sound of Bill Monroe's mandolin?

Dylan, Cash, and the Nashville Cats

Take, for example, the collaboration of Bob Dylan and Johnny Cash. (Surprised? I was!) As you may know, Dylan is a musician associated far more closely with 60's counter-culture, flower children, folk music, and the singer-songwriter enclave than traditional Country Music.

And yet, there he was on the second floor of the The Country Music Hall of Fame & Museum, standing right next to one of Johnny's black suits.

In addition to Sing Me Back Home and its other permanent exhibits, the museum hosts a number of temporary featured exhibits. The principle featured exhibit during our visit was "Dylan, Cash, and the Nashville Cats: A New Music City," which highlighted this iconic, albeit unlikely, musical pairing.

Recalling the Nashville music scene in the late '60s and early '70s, this exhibit illustrated clearly how this unlikely association continues to influence the music, and energize fans and musicians alike.

It turns out that, in 1966, against the advice and wishes of his record label executives, Bob Dylan came to Nashville to record his classic album Blonde on Blonde. In doing so, he inspired a string of folk and rock musicians to follow his lead, and this following became known as the Nashville Cats.

The Nashville Cats weren’t a band, but rather a loose association of talented studio musicians in the 1960’s and 70’s, when the best of the best made their home in the Nashville area. You may not recognize the names, but you’ve almost certainly heard their work - on records by artists as diverse as Joan Baez, Steve Miller, the Byrds, and three of the four solo Beatles, to name just a few. 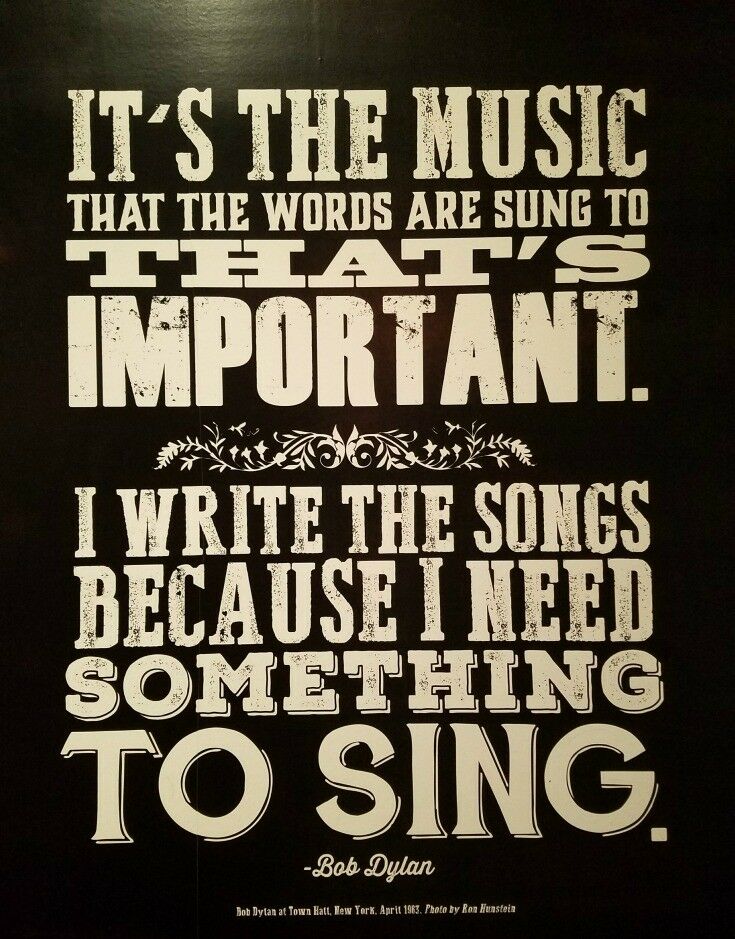 Other exhibits in The Country Music Hall of Fame & Museum showcase contemporary artists, including those who have made a significant impact on country music in recent years. At the time of our visit, these included Jason Aldean, Shania Twain, Taylor Swift, and many others.

The Country Music Hall of Fame

In addition to providing a home for its amazing musical museum, this building is also home to The Country Music Hall of Fame. Membership in the Hall of Fame is the highest honor a country music professional can receive. Performers, songwriters, broadcasters, musicians, and executives in the industry are inducted in recognition of their contributions to the development of country music.

The building itself is filled with musical images and symbolism. For example, from the air, the building forms a massive bass clef, and the building's front windows are built to resemble piano keys.

If you are visiting Nashville, be sure to plan a visit to The Country Music Hall of Fame Museum. Whether you are a lifelong country music fan or simply curious, it may very well change how you think about country music forever. 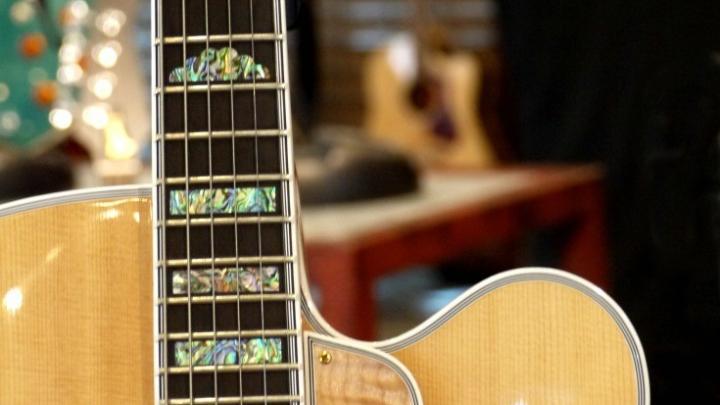 Love Music? Then Add Tennessee to Your Bucket List! 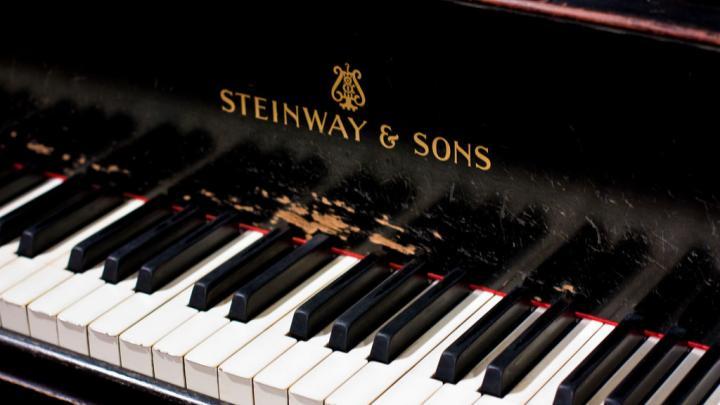 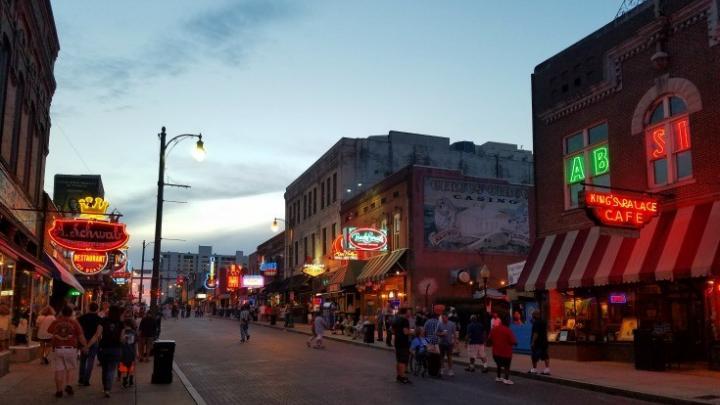 Top 7 Things to Do in Memphis {Music Lovers Edition} 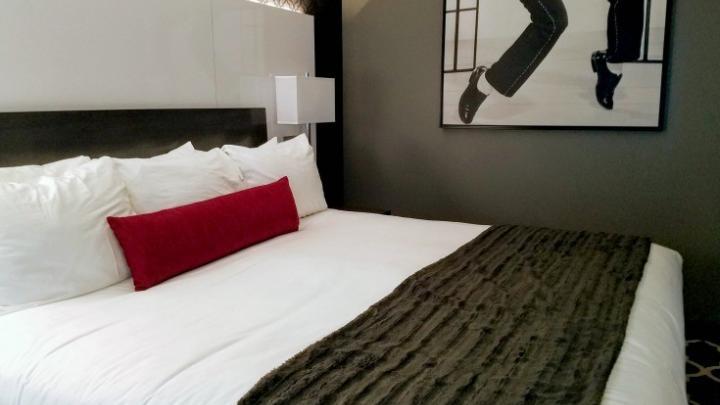 Why You Will Love "The Guest House at Graceland" 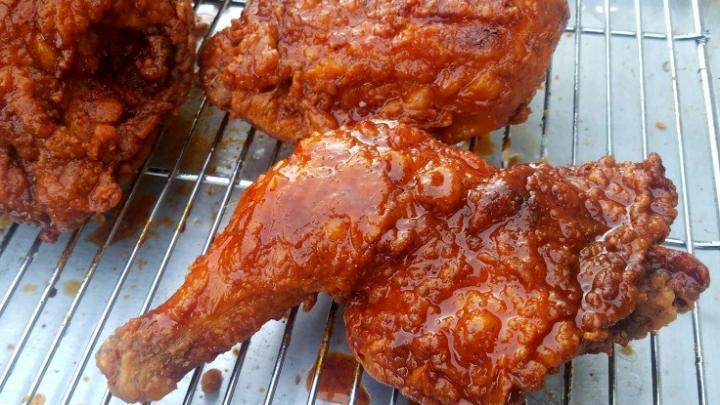 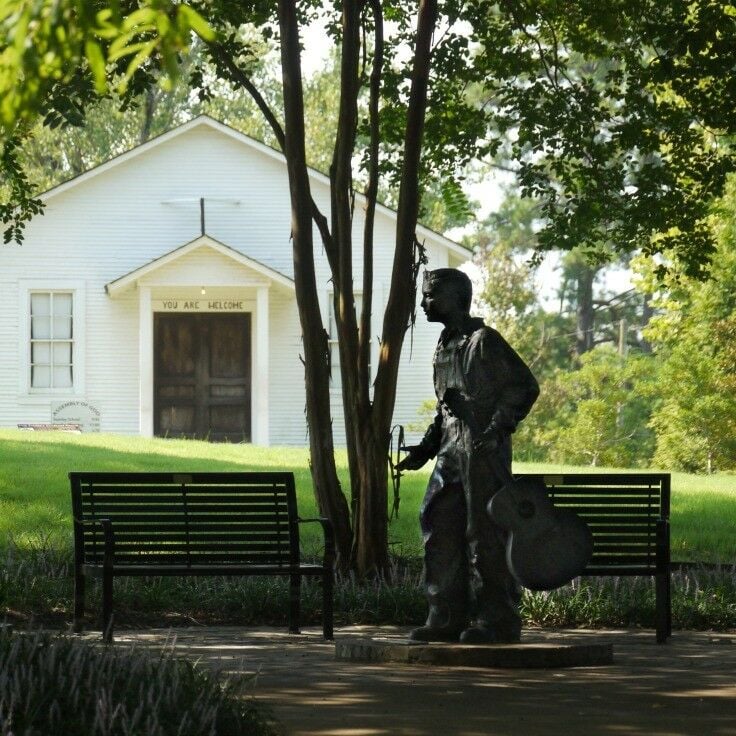 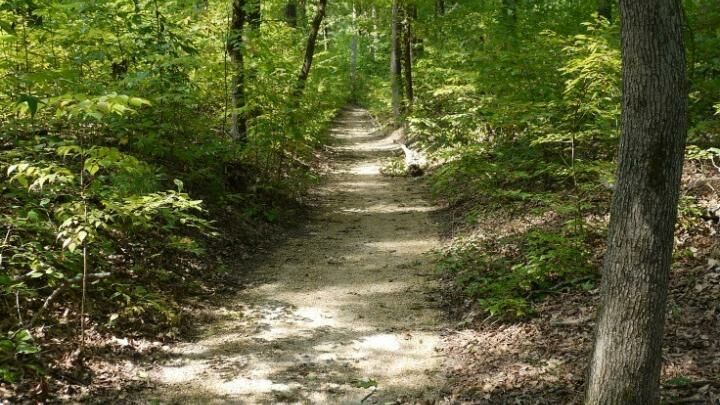 50 Miles Along the Natchez Trace Parkway {Day Trip From Memphis} 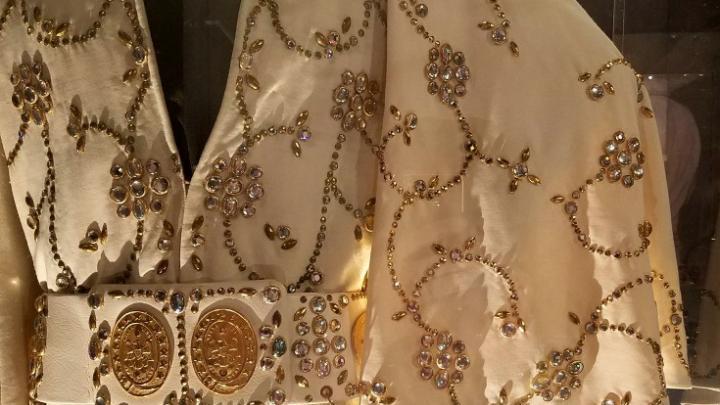 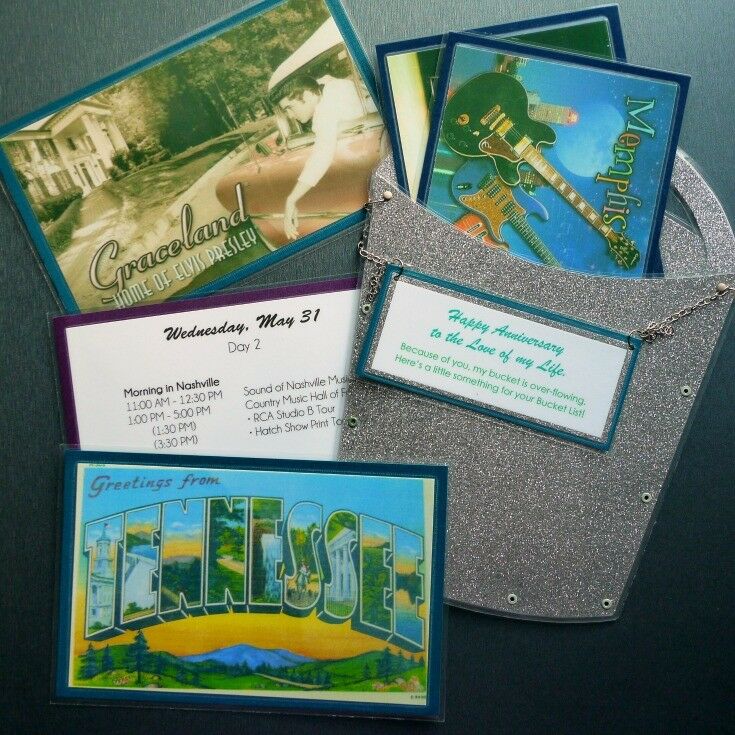