After visiting the USS Arizona Memorial, we spent the rest of our day touring the other museums and exhibits in and around the World War II Valor in the Pacific National Monument. The first of these, the USS Bowfin, shed additional light on my dad's wartime service as a submariner. 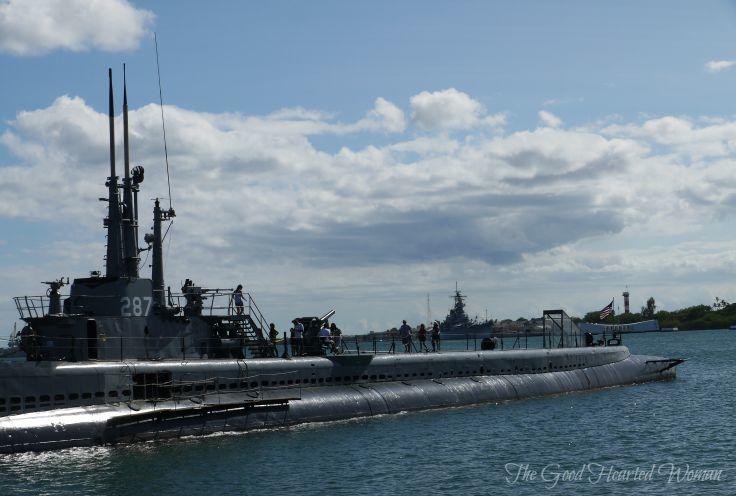 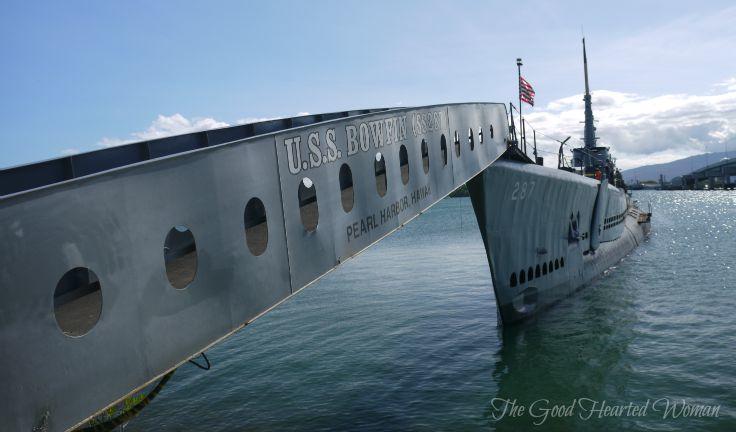 Like most vessels of the time, his sub used a sleeping arrangement called "hot-racking" (also known as hot bunking), which is the practice of assigning up to three (usually low-ranking) crew members to a single bed or "rack" to reduce berthing space, with each one having a different assigned bunk time. A crew member would work his duty shift, and then return to lie down on a rack immediately after it was vacated by another crew member who had just left for his duty shift. (Thus, he lay down on a "hot" rack.) 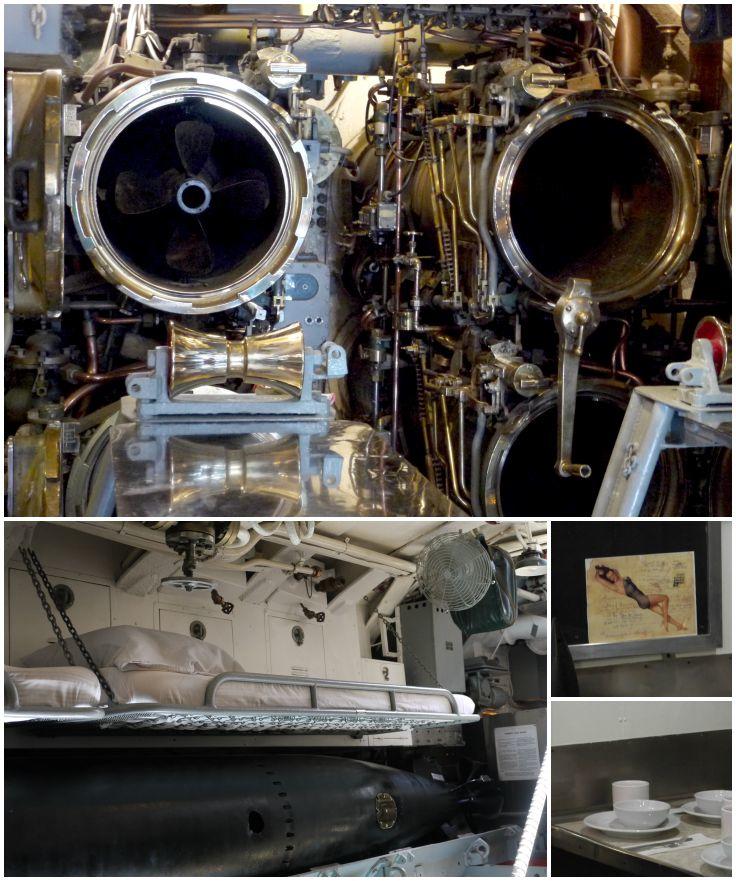 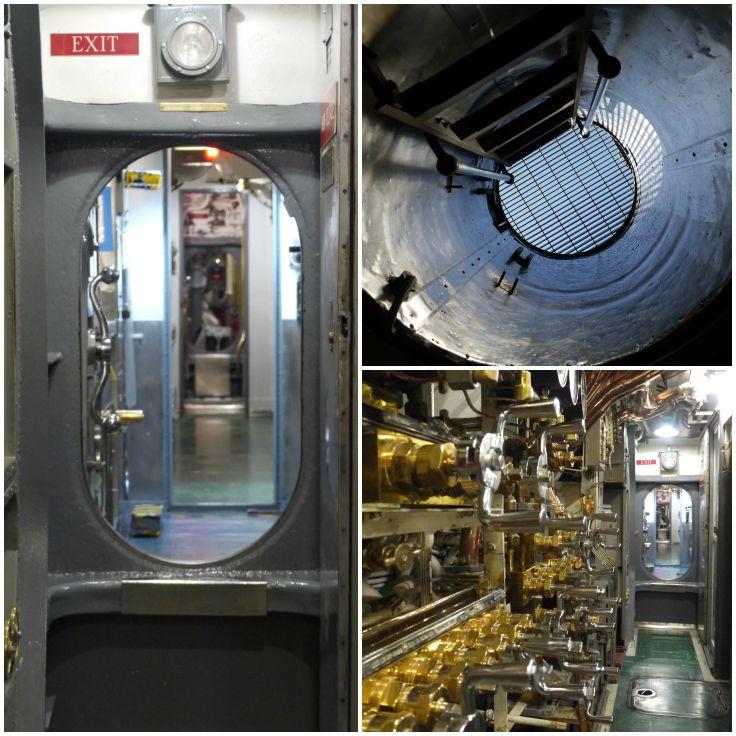 The Pacific Aviation Museum Pearl Harbor on Historic Ford Island occupies two hangars and the Ford Island Control Tower that still bear the scars of our nation's aviation battlefield. Our experience at the Pacific Aviation Museum began in Hangar 37, a 42,000 square foot former seaplane hangar that survived the December 7, 1941 attack. When we arrived, we first watched a short movie that covered the surprise attack on Pearl Harbor. 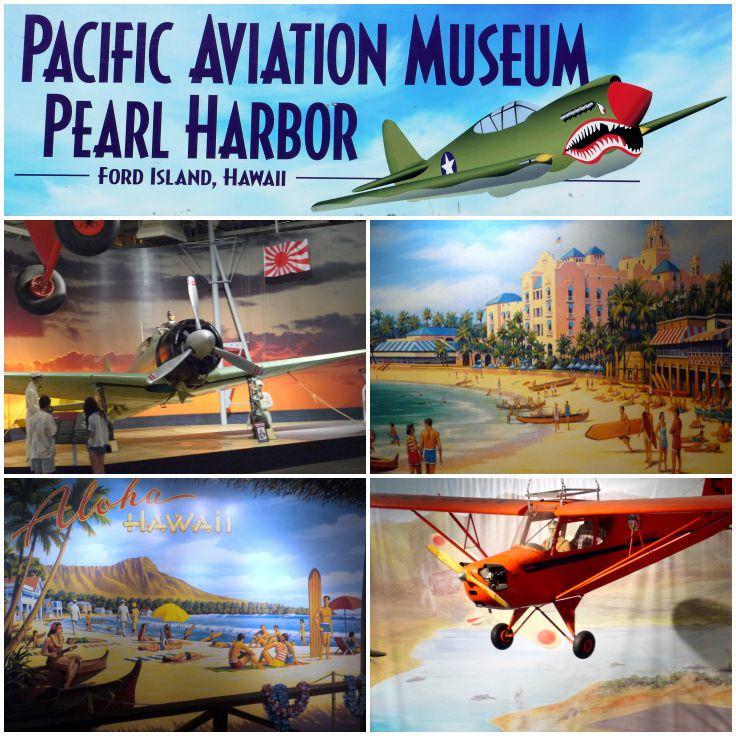 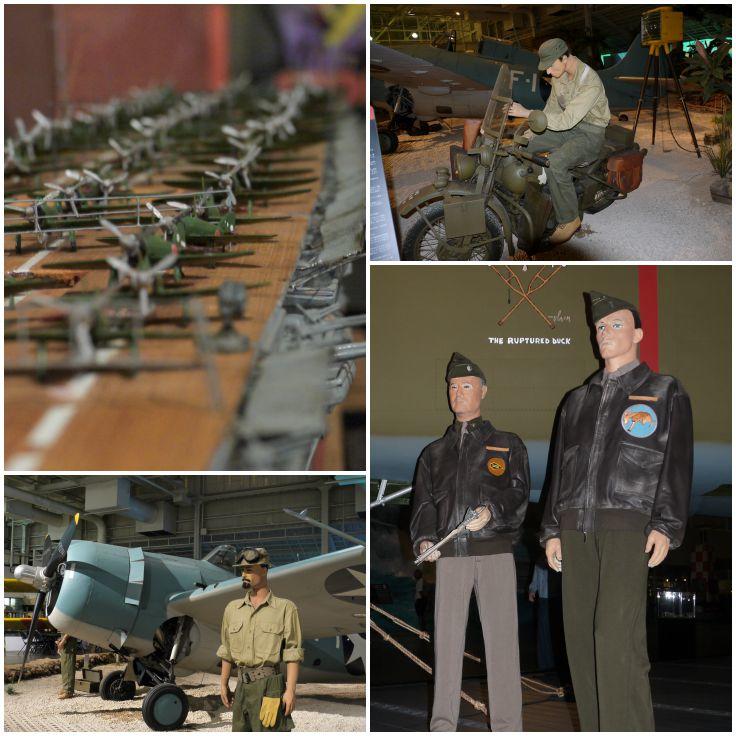 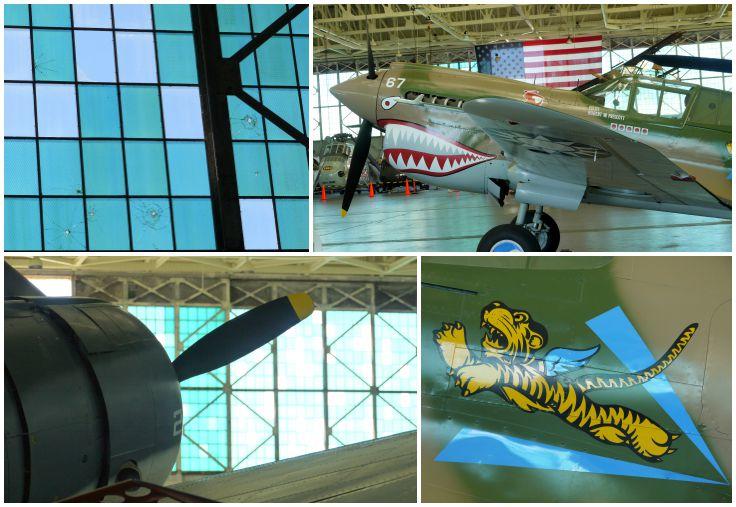 USS Missouri became one of the world's most famous ships when Japanese and Allied representatives attended a ceremony aboard ship in Tokyo Bay to sign the formal document of Japanese surrender on September 2, 1945. 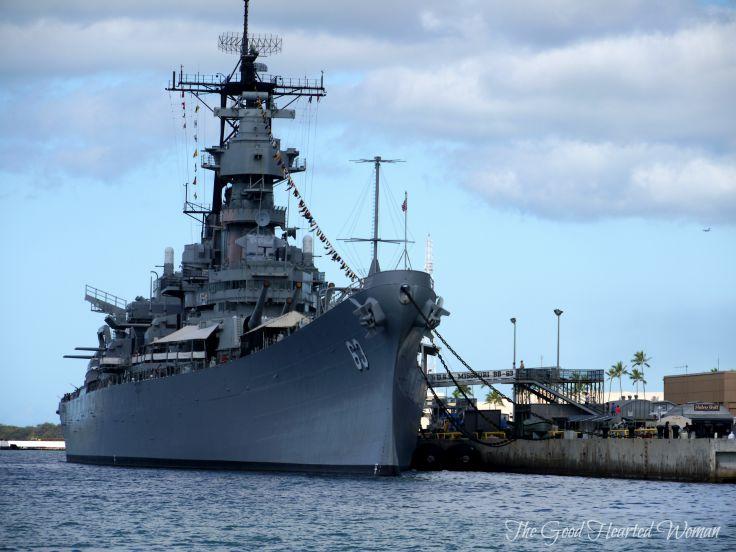 They fought together as brothers in arms; they died together and now they sleep side by side...To them, we have a solemn obligation — the obligation to ensure that their sacrifice will help make this a better and safer world in which to live. 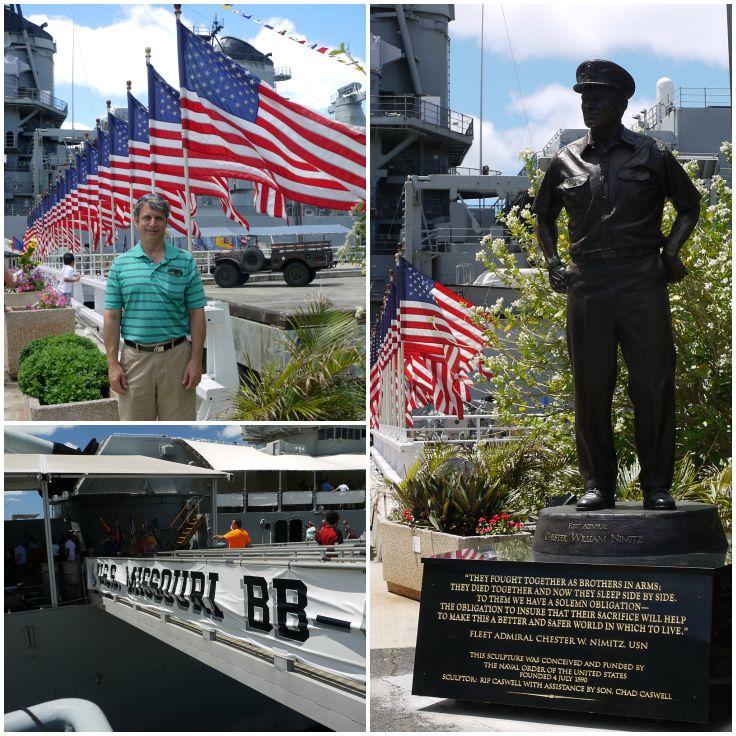 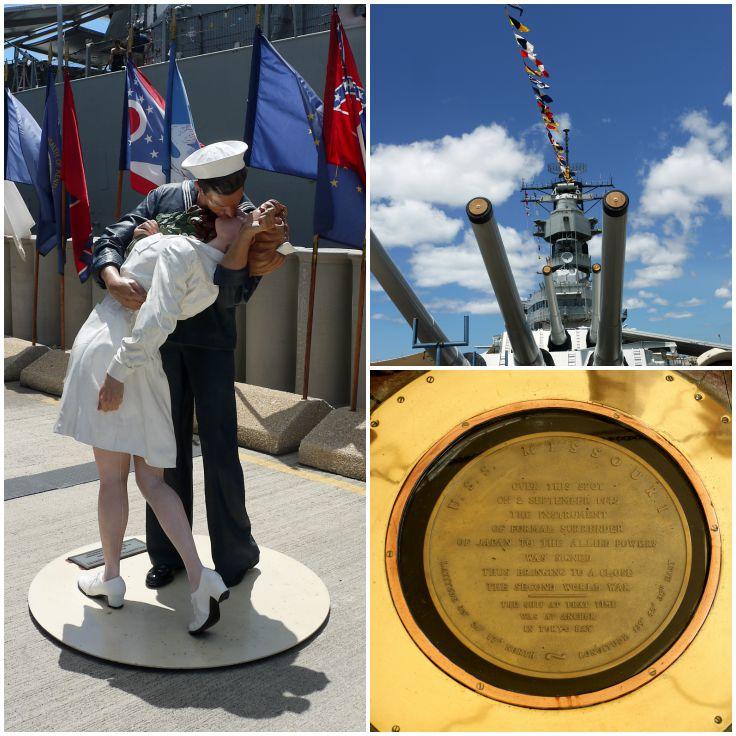 Captain Callahan ordered the body to be prepared for a burial at sea. Further, as it was customary to shroud the body of a fallen soldier in the flag of his own country, he asked the crewmen to sew a Japanese flag to drape over young man’s body. After the flag was created from a sheet and red signal flag, the crew then gathered. A Marine honor guard fired a salute, and then a bandsman stepped forward and sent the lingering notes of "Taps" adrift across the sea.

Senior Chaplain, Commander Roland Faulk, then stepped to the head of the burial detail and concluded, saying simply: "We commit his body to the deep." The burial detail tilted the flag-draped body and lowered the weighted white canvas shroud over the side and watched as it disappeared into ocean depths below.

At the conclusion of this story, we were shown the footprints, now permanently fixed on the deck, where the crew stood. The dents from the April 11, 1945 attack remain on the Missouri's hull to this day. 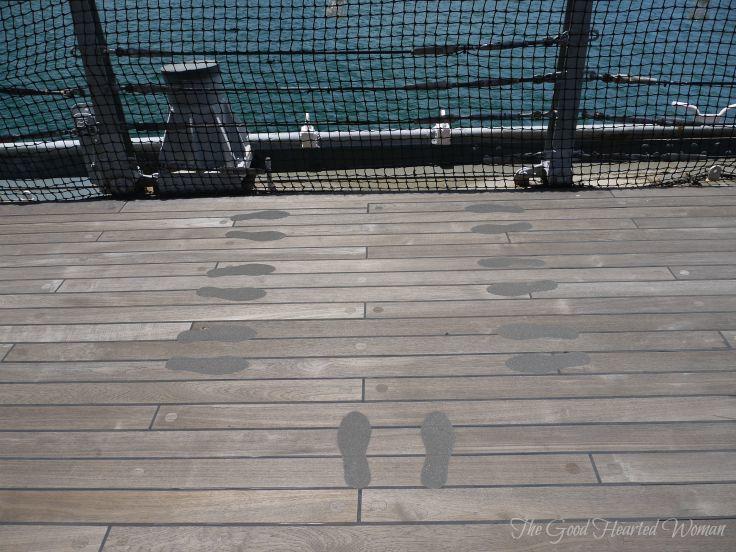 It is my earnest hope - indeed the hope of all mankind - that from this solemn occasion a better world shall emerge out of the blood and carnage of the past, a world found upon faith and understanding, a world dedicated to the dignity of man and the fulfillment of his most cherished wish for freedom, tolerance and justice. 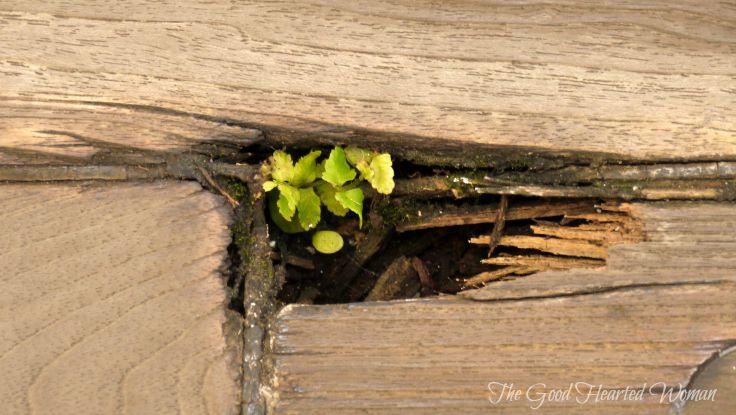